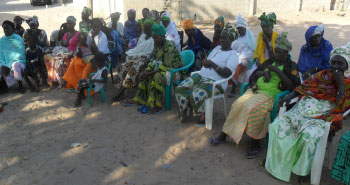 As part of their mandate to sensitize and capacitise the communities on the Local Government Act 2002 ahead of the local government election, the National Council for Civic Education (NCCE) on Tuesday 27 November 2012 organised a daylong sensitization on the rights and the protection of the rights of the people.

The training, held in Buniadu, Mbuguma, Chamen and Berending villages all in Niumie district North Bank Region, targets the local people from the four villages aimed at raising the awareness of the local people on their civic rights and responsibilities.

Speaking at one of the meetings held in Mbuguma village, Ms Isatou Bittaye, NCCE programme officer, stated that the NCCE was established in 1998 under section 198 and 199 of the Constitution of the Republic of The Gambia 1997mandated the council to educate and sensitise the Gambian people on the Constitution, the fundamental rights and all other matters that affect the Gambian population.

She further explained that the objective of the Act is to establish and regulate a decentralised local government system for The Gambia, and to make provision for the functions, powers and duties of local authorities.

Noting that section 193 (1) of the constitution states that the local government administration in The Gambia shall be based on a system of democratically elected councils with a high degree of autonomy, while adding that Section 214 (3) of the constitution put it that the state shall be guided by the principle of decentralisation and devolution of governmental functions and powers to the people at appropriate levels of control to facilitate democratic governance.

For his part, Junkung K. Saidycivic education officer, dwell on theprotection of fundamental rights and freedom under which he explains about protection to rights to life, personal liberty from inhuman treatment, right to privacy, rights to movement, political rights among others which must be observed according the act.

Some of the areas he talked about are freedom to move freely throughout The Gambia, to choose a place of residence within The Gambia, and to leave and return to The Gambia;

To him, as a Gambian citizen, one will enjoy the same rights as all other Gambian citizens such as equality rights, democratic rights, legal rights and beyond flag and anthem, religion or culture, citizenship is what binds the diverse people of any land together in unity.

He said the exercise and enjoyment of rights and freedoms are inseparable from the performance of duties and obligations, and accordingly, it shall be the duty of every citizen to promote the prestige and good name of The Gambia and respect the symbols of the Nation; to uphold and defend the constitution, foster national unity and live in harmony with others; to respect the rights, freedoms and legitimate interest of others, and refrain from acting in a manner detrimental to the welfare of other persons; to serve The Gambia by working conscientiously in his/her lawfully chosen occupation; to protect and preserve public property and expose and combat misuse and waste of public funds and property; to contribute to the well being of the community where that citizen lives; to be loyal to The Gambia and contribute to its defence when necessary; to cooperate with the appropriate agencies in the maintenance of law and order; to satisfy all tax obligations and to protect and conserve the environment of The Gambia.

Other speakers on the occasion included the alkali of Buniadu, Momodou Manneh, Imam Fafanding Drammeh, Huha Manneh, VDC chairman, all raise concerns over the low participation of youth and men in development works in the community while thanking the NCCE and partners for the timely message. 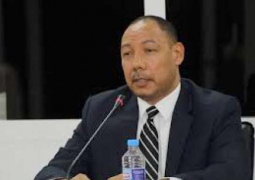