The country’s opposition has been ever since calling on our local authorities not to actively participate in party politics.

However, it seems the call is not being heeded, if the complaint of the Niani Independent Candidate is anything to go by.

He has expressed his disappointment with the area’s district chief for actively campaigning for his opponent.

Chiefs and regional governors are public officers at the local level, who wield great influence over people at the grassroots, thus the need for them to remain neutral.

We are calling on the Independent Electoral Commission, IEC, to remind our governors, chiefs and village heads about what the IEC chairman said when he toured the country before the scheduled elections, that they should not involve in active politicking.

We have also learned of the reported detention of NRP supporters by the police, and that it took the IEC’s intervention to secure their release.

These are not good developments, and all efforts should be made to ensure that the environment is seen to be free, for a credible election to be held, come March 29th 2012.

We recall that the IEC chairman has always been calling on the local authorities to allow opposition parties and independent candidates to campaign freely.

This call by the IEC should be respected by all and sundry, since there are observers of the campaigning and the election.

Indeed, the election’s credibility, we want to remind our readers, does not entirely depend on what obtains on Election Day only, but what happens during and after elections also matter.

Six opposition parties are not participating in the March 29th 2012 National Assembly elections due to what they claim to be lack of a level-playing field.

As such, we are calling on the IEC to do all it could, within its power, to ensure that all participating players and local authorities adhered to the election ethics, especially considering that the election is being contested by only two political parties and independent candidates.

Definitely, for election to be rated as credible, it must be conducted in accordance with our election laws and other laws of the land.

There should be no harassment and intimidation from any quarter!

“We have to now ensure there are free and fair elections.” 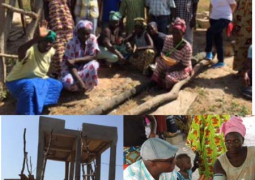 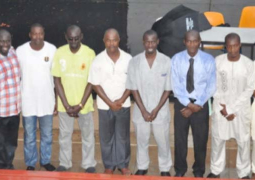 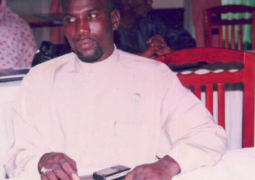