Reigning league champions Linguere FC have recovered from their 2-0 defeat to Vidar FC in the 2013 Bakau cup as they beat Zebra FC 1-0 in the 2013-2014 Bakau Summer biggest football fiesta opener played on Tuesday at the Bakau Mini Stadium.

A match between Linguere and Zebra is always tense and the recent one, which produced limited goal-scoring opportunities, attracted multitude of spectators from Bakau and its environs.

It was Linguere FC who were able to utilize their limited goal-scoring opportunities after scoring an eye-catching goal, which eventually proved to be the winner for them.

Zebra FC fought back for an equalizer and created few goal-scoring opportunities but were denied by Linguere’s formidable defence line thus the game ended 1-0 in favour Linguere.

Linguere are topping their group with maximum 3 points in a single game after a hard-fought 1-0 win over Zebra in the Nawettan season opener.

Zebra, under the guardian of Scorpions centre-back Abdou Jammeh alias T. Boy, are languishing at the bottom of their group with zero point in one outing.

They need only a victory in their remaining group games to keep their chances of qualifying for the second round of the Nawettan. 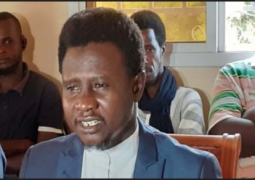