December 10 is Human Rights Day.The day was set aside by the UN General Assembly in 1950 to bring to the attention of people – both the governors and the governed – to the Universal Declaration of Human Rights as the common standard of achievement for all peoples and all nations.

It is also the anniversary of the UN General Assembly’s adoption of the Universal Declaration, which sets out a certain set of rights that are the basic and minimum set of human rights for all citizens – whether in a developed or developing country, Muslim or Christian, male or female, young or old.

In a nutshell, each one of us, everywhere, at all times is entitled to the full range of human rights.

Setting aside a day to commemorate, educate and reflect on the principles that form the Universal Declaration means celebrating the rights we exercise everyday as Gambians and people of the world.

Things that many of us take for granted – such as the right to education, the right to receive medical care, and freedom of movement – are not equally available to all people in other parts of the world.

However, the world should wake up to fact that arbitrary arrest and detention of people beyond the 72-hour legal limit stipulated in any constitution is a constitutional breach and violation of other human rights instruments.

Many nations around the world are found wanting in this and other breaches such as keeping people incommunicado - without access to a lawyer or a family member while under detention.

The world must know that methods such as torture and beatings, sensory deprivation and the threat of rape, sometimes allegedly adopted by some security agents as a means to obtain information from those under investigation, cause a dent on human rights.

And if we live in a world where journalists, human rights advocates, political opponents and other people are arrested and jailed without proper and thorough investigation by the state, it is a cause for concern.

Furthermore, nations around the world should respect freedom of the media and freedom of expression, particularly of those with dissenting opinion, to foster growth and development.

As we celebrate Human Rights Day, we should reflect on some of these issues.

Otherwise the day will just be another day of delivering statements over a cup of coffee.

“Human rights are praised more than ever - and violated as much as ever.” 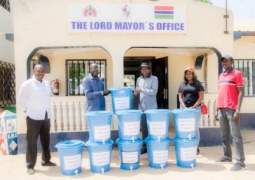 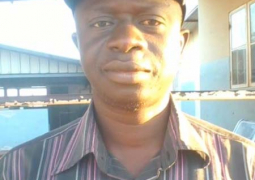