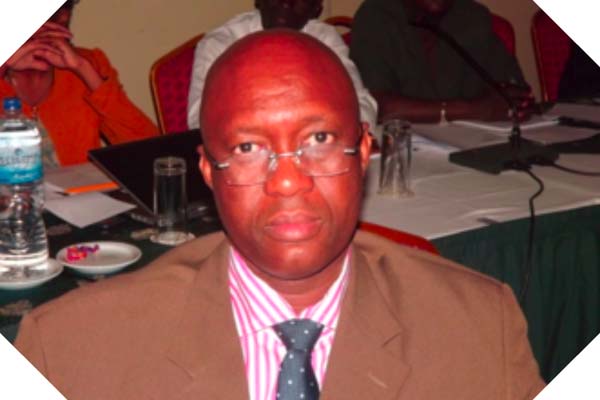 The Gambia Revenue Authority (GRA) in collaboration with stakeholders Tuesday convened a daylong consultative forum to look into their achievements and lessons learnt, and develop a 5-year strategic plan for 2015-2019.

The consultative forum, held at the Kairaba Beach Hotel, was attended by senior staff of GRA, stakeholders from both the private and public sectors in the country, and representatives from the IMF.

According to GRA officials, the daylong forum was held to reflect on the institution’s achievements under the past strategic plan, 2010 to 2014, to critically look into the new 5-year strategic plan (2015 to 2019) of the authority and make key recommendations.

In his remarks, the acting-Commission General of GRA, Yankuba Darboe, stressed the importance of the stakeholder consultative forum on the draft GRA strategic plan.

Mr Darboe said the consultative forum was meant to introduce participants, as key stakeholders, to the strategic path the GRA intends to take in the next five years, specifically the vision, mission, values and strategic goals/objectives of the Authority.

The forum was also an opportunity for them to hear the views of their customers, partners and stakeholders on the strategic path GRA has chosen to follow after detailed analysis of the environment that they think could influence the execution of their mandate as a revenue administration, Darboe further stated.

According to him, to come up with the draft GRA strategic plan, several preparatory activities were undertaken, including conducting the two surveys between the 4th quarter of 2013 and the 1st quarter 2014.

One of the surveys was on VAT implementation’ the other on GRA-wide service delivery, he noted.

“An evaluation of the existing GRA strategic plan 2010-2014 was also carried out, which brought out the achievements, shortcomings and lessons learnt in the course of implementing that plan.”

The PESTEL framework categorizes environmental influences as political, economic, social, technological, environmental and legal forces and examines the potential impact of each of these factors on the business processes of GRA.

Thus, the analysis would help the GRA to identify and take advantage of the opportunities and prepare plans to guide against threats, he went on.

The draft strategic plan also recognised the ability of the internal challenges and opportunities that could influence the attainment of the corporate objectives during the plan.

Therefore, he added, an attempt was made that identified the internal strengths, opportunities, weakness and threats to GRA and an appropriate strategy for their effective management put in place using SWOT analysis.

He said a revenue authority is a tool for institutional strengthening providing the mechanism for resources allocation of limited resources and evaluation of performance against expected outputs.

The consultation on the draft GRA strategic plan would further enrich the document and help serve their clients, partners and the government.

He assured the participants that GRA, in as much as it has revenue collection as its core mandate, would forever remain committed to ensuring that their input and opinions would always be valued in the designing of its processes and procedures.

The Chairman of GRA Board of Directors, Mamour Malick Jagne, thanked the participants. He announced between 14 and 15 November 2014, the GRA board and management had an exhaustive deliberation on the formulation of the plan.

Mr Jagne stressed that in the implementation of the previous plan, the participation of their clients and stakeholders in the preparation of the plan was an essential aspect of the successful delivery of the plan.

He expressed appreciation of the contribution of the participants, and urged them to participate actively to look into to the 5-year strategic plan and make good recommendations on the way forward.