The Gambia has received US$52,822,672 for tackling climate hazards through implementing various climate change projects.

This is part of funds aimed at supporting the efforts of Least Developed Countries (LDC), which are among the most vulnerable to the effects of climate change.

Indeed, LDCs including The Gambia are really vulnerable to climate change.

Climate change is a global or regional climate patterns attributed largely to the increased levels of atmospheric carbon dioxide produced by the use of fossil fuels.

Climate change is a global problem, and its effects are many and could increase health risks and escalate poverty in developing countries.

Its impacts are also wide-ranging and are felt ecologically, economically, and socially, hence solutions to it must always be found to ensure we live on a safe environment.

According to Climate Action Network, an international apex institution fighting climate change and promoting solutions to climate change problems, climate change is probably the most urgent problem facing our society caused by human activity, “but we also know that we can solve this problem”.

It says: “Our planet’s atmosphere is part of a global system that keeps the temperature of our planet within a habitable range. Over the last 200 years or so, humans have been altering the composition of the atmosphere by burning fossil fuels, including coal, oil and gas. When these are burned, CO2 is produced and builds up in the atmosphere, creating what is known as the greenhouse effect. Other ‘greenhouse gases’ that contribute to this effect include methane produced from livestock and N2O from nitrogen-based fertilizers, although CO2 is the most prevalent.

“The greenhouse effect traps energy from the sun, and raises the temperature of the earth; it is similar to what happens when a car is left in the sun. This rising temperature is what most people are referring to when they say ‘global warming’ or ‘climate change’.”

Climate change could pose serious threat to The Gambia’s future, as the country’s climate is typically Sahelian with a long dry season from November to May and a short rainy season between June and October.

Therefore, The Gambia is highly vulnerable to any changes to its climate characteristics and it is evidently documented that there is an increase in average minimum monthly temperature by 0.40 degree centigrade over 40 years, according to an environmental education officer with the Programme of Works on Protected Areas (PoWPA) under the Department of Parks and Wildlife.

“The Gambia is mainly an agrarian economy and its agriculture sector is mainly subsistence rain-fed agriculture with a food self-sufficiency ratio of about 50%, which generates approximately 40% of the country’s total foreign exchange earnings,” he said.

Climate Change is indeed a common concern of humankind and the fight to tackle it must not be constrained by any vices or factors that impinge on human rights.

As stated by the Paris Agreement on Climate Change (2016 – 2020), which the environment minister reported on few days ago at the National Assembly, parties to the Agreement, when taking action to address climate change, should respect, promote and consider their respective obligations on human rights, the right to health, the rights of indigenous peoples, local communities, migrants, children, persons with disabilities and people in vulnerable situations and the right to development, as well as gender equality, empowerment of women and inter-generational equity.

These are all the issues that need to be addressed by this project through appropriate policies and actions with the aid of the funds.

So let fight climate change appropriately and promote solutions that protect the climate, since The Gambia is signatory to the United Nations Framework Convention on Climate Change. 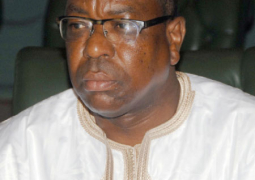 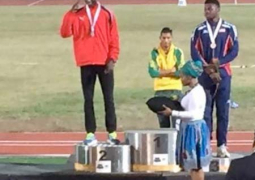