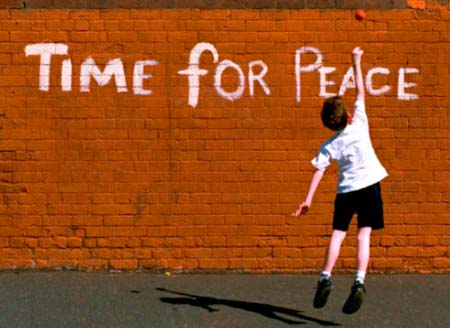 Whatever the case maybe, this political impasse will come and go, but we will still remain as Gambians and one Gambia. Therefore, it is important to maintain the love and peace that we are known for as Gambians.

Almost one third of the Gambians are fleeing to other countries for security reasons, due to the current atmosphere in the country.

One could understand that it is the fear and the consequences of the whole situation that they considered, which made them flee.

However, in the end, only peace will prevail, and that could only be maintained by us (Gambians).

Living in peace is about living harmoniously with yourself, others, and all sentient beings around you.

Understand that living in peace is both an outward and an inward process.

Defining peace is not such a simple thing. But one simple way is to define it as living without violence (physically, mentally, spiritually, or any other way) and living in a way that embraces respect and tolerance.

This is both outwardly in the world and within each person. Outwardly: living in peace is a way of life in which we respect and love each other in spite of our cultural, religious, and political differences. Inwardly, each of us needs to cultivate peace.

This means understanding and overcoming fear, anger, intolerance and lack of social skills that causes violence. For in continuing to ignore the rage within, the storm outside will never subside.

Another thing to consider is to seek to love, not control others; ceasing to seek power over people and outcomes in your life is the first major step to living peacefully.

Trying to control people is about seeking to impose your will and reality on others.

But by doing so, even with the best of intentions, this forcing your will on others takes away the power from others and causes a great imbalance, which could lead to anger, hurt and resentment.

A controlling approach to relationships will likely keep you in conflict with others.

The healthy alternative is to seek to understand others before attempting change; tolerate peaceful difference; and use persuasion and leadership in a way that inspires others.

It does not mean being a doormat or a pushover or one does not stand up for oneself; it means building relationships rather than trying to overpower; peace before power.

But when peace is restrained, issues can be solved amicably without causing violence or creating any problems which will jeopardize our relationship with one another.

To all Gambians, those that flee and the remaining ones, let there be peace and harmony among us; let us be that people we are known for and go by our slogan: ‘ The Smiling Coast of Africa’.

May the Almighty see us all through this situation, and shower His blessings upon this country, Ameen!