CRC extends deadline for submission of comments on draft constitution

“The Constitutional Review Commission wishes to thank all those persons who have demonstrated keen interest in the Draft Constitution of the Republic of The Gambia by either attending and participating in the CRC’s direct face-to-face public consultations around the country or submitting written contributions. The CRC is equally grateful to those persons who have arranged and/or participated in other forms of public discussion to create awareness regarding the provisions of the Draft Constitution. The CRC also recognises the expressions of support for the Draft Constitution from the general public. In addition, the CRC is enormously grateful to the media houses and their practitioners for keeping the spirit of the Media-CRC partnership active and true to form.”

“The CRC assures the general public that the opinions received will be properly reviewed and factored, as appropriate, in finalising the Draft Constitution.” 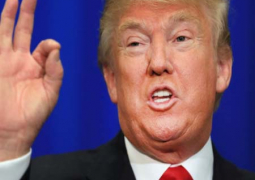