Mboge told the court that he introduced Saikou Barrow to the court process server in order to go and serve the other party, adding that Saikou went and he did not hear from him.

He said Saikou Barrow later called him, and told him that he taught exhibit A was for eviction, adding that what he (Saikou) saw on the motion was an affidavit which he did not sign.

Mboge added that affidavit must go along with motion, adding that Saikou Barrow asked him to go ahead with the motion.

He said that on the following day, Saikou Barrow called the Honourable Minister of Justice on the issue of the motion that he (Mboge) had filed.

Still in his defence testimony, Mboge told the court that later Saikou called him, notifying him that he and his father are no longer going to court over this issue, and asked him to withdraw the motion.

“I told him that the motion was dated, and I could not withdraw it now,” he continued, adding that PW4 at that juncture said he was going to the police for declaration, and told the police that he (Mboge) had filed a false affidavit.

“I would only go to the Minister when I needed advice from him,” Mboge told the court, adducing that he later received a call from the police, informing him that Saikou Barrow said he (Mboge) had made a false affidavit.

“I also called the Justice Minister to inform him that Saikou had reported the matter to the police, and the Minister told me to return Saikou Barrow’s case file.” 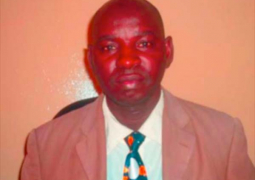 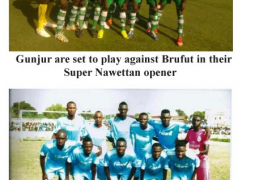