The Development Forum is a flagship event for the UNDP, a platform to stimulate intellectual debates and inform policy decisions on key national development issues in The Gambia.The government of The Gambia, the United Nation and partners plan to use this Forum’s platform and audience to launch the Sustainable Development Goals to help make the new Global Goals a household name everywhere.

With the theme, “The Post 2015 Agenda and its Financing at Local Level”, the Forum is planned to take place on Tuesday, 3rd November, 2015, at the Laico Atlantic Hotel in Banjul starting at 8:30 a.m. The specific objectivesof this Development Forum are: i) to update participants on the currentstatus of the Post 2015 development agenda at global level on the newly approved SDGs; ii) identify among the SDGs the most relevantonce at nationallevel; iii) recommend optionsfor mainstreaming the prioritized SDGs intothenational planning processes; and iv) identify the most viable options for financing SDGs in The Gambia, including through public private partnership and privatesector financing.

The SDGs consists of 17 ambitious goals to end poverty, fight inequality and injustice and tackle climate change for everyone by 2030. The UN stands as a ready partner to support The Gambia and others to carry forward achieving the Goals at the national level by 2030.

The Development Forum is the first step in a series of advocacy initiatives that are planned to be undertaken to raise awareness on SDGs at the national level.The Forum offers an opportunity to prioritize the SDGs based on national context. The prioritization process will feed into the formulation of the next medium term plan. 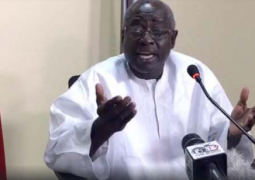