Late Ismaila FC on Sunday defeated embattled New Town FC 1-0 to progress to the second round of the ongoing Gunjur knockout championship at the Gunjur Nyamina Football Field.

Both sides made early exit in the championship league following their dismal performance in the group stage.

The two teams came into the game with the intention of snatching a victory to advance to the second round of the competition.

But it was Late Ismaila FC who carried the day after scoring a brilliant goal, which eventually proved to be the winner, and the defeat has seen New Town FC out of the league and knockout championship.

In another development, Gunjur Zonal team was held to a goalless draw by Brikama Zonal team in a friendly game played at the Gunjur Nyamina Football Field on Friday. 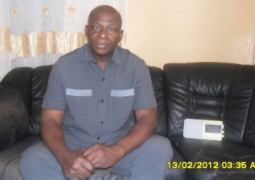 Personality of the Week: Sulayman Sawaneh - Man with a vision

President Jammeh off to the US