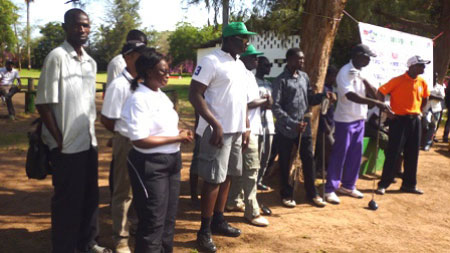 Lamin Touray, a Gambia-Sweden based professional golfer, was on Saturday declared winner of the 2012 Gambia Open and Pro Am Golf tournament.

Organised by the Gambia Golf Association, the championship is sponsored by the Gambia National Olympic Committee and played under the most distinguished chief patronage of the President of the Republic of The Gambia.

Touray received his reward of a cash prize of D32, 000 and a trophy at a gala dinner and awards ceremony held at the Safari Garden Hotel in Fajara on Saturday.

Gibou Jallow, also a Gambian professional golfer, finished fifth position with a medal score of 143, 4 over par (71 and 72) in two rounds and received a cash prize of D2, 000 with a trophy.

In the men amateur category, Lamin Gibba took first position with a gross score of 38 in 18 holes.

In the ladies amateur category, Lady Njaimeh Jawara emerged first with a gross score of 35 in 18 holes.

The longest drive prize for the men category went to Peter Noble whilst that of the ladies went to Suzanne Lanfermeijer.

Alan Collins won the nearest to the pin prize in the men category whilst that of the ladies went to Oumy Dieye.

The prize for the second position in the Amateur team members went to M. Bah, Paul Maroun and Binta Ceesay whilst Gibou Jallow went away with the Pro member prize.

The third position prize for the amateur team members went to D. Barrett, P. Noble and Suzanne Lanfermeijer whilst that of the Pro member went to Fa Kebba Drammeh.

Binta Ceesay won the Special prize, while Lamin Jammeh was honored as the honorary life member of the Gambia Golf Association (GGA).

Ebrima Jawara, president of the GGA, was also awarded a trophy for his immense contribution and support to golf. 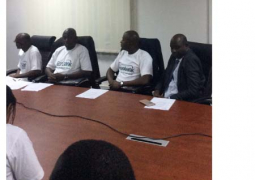