One Buba Saidy of Lamin village who was sentenced 6 months for cattle stealing before, has again committed the said offence, and he was again convicted and sentenced by Magistrate Pa Harry Jammeh of the Brikama Magistrates' Court of stealing contrary to 252 of the criminal code cap 10 Vol Laws of The Gambia.

According to PWI, Ali Mbaye, it happened on while she was fasting, her mother told her that she has not seen her goat. She told her mother that the goat was in their garden. She went with her mother to the garden but the only thing they could find was goat meat. Later she went to the accused's house and found the accused with some of the meat and blood all over his clothes. He said upon their arrival at the accused's house they even found him washing his hands. There he hit him and one ASP Badjie together with Saine Darboe took the accused from him and later he took the accused to Yundum police station.

Before his conviction the accused begged the court to temper mercy on him by saying his two parents were not alive. He was convicted and sentenced to 2 years with hard labour.

It could be recalled that accused Baba Saidy early this year at Lamin village is said to have stolen a she-goat valued D1,500 (one thousand five hundred Dalasis) being the property of one Ali Mbaye.

Over 65 Students Sensitised on Teenage Pregnancy 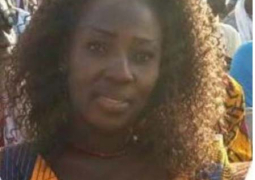