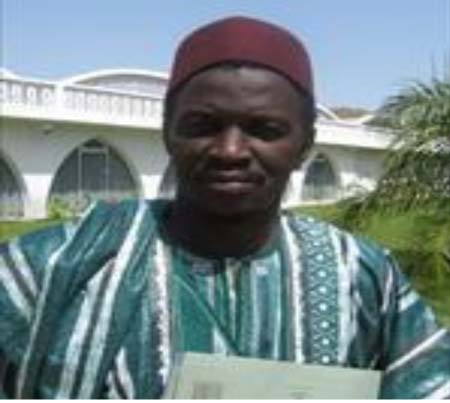 The chief of Kombo South, Alhagie Sheriff Ajeh Janneh, has hailed Gunjur Youth and Sports Development Association (GYSDA) and Gunjur United FC Fund-raising Committee for organizing wrestling contest in a bid to promote and revive the traditional sport in the country.

Chief Janneh was speaking at the Gunjur United FC Fund-raising Committee Wrestling Contest staged at the Gunjur Nyamina Football Field on Saturday, which brought together wrestlers across West Coast Region and attracted hundreds of spectators from Gunjur and its environs for the weekend’s biggest traditional sport.

Chief Janneh said he was really glad with Gunjur Youth Sports Development Association (GYSDA) and Gunjur United FC Fund-raising Committee for organizing wrestling contest as part of their efforts at generating enough funds for Gunjur United, who are currently plying their trade in the West Coast Region third division league as well as promoting and revitalizing wrestling in the country.

Chief Janneh expressed his readiness in supporting youths in Gunjur and its satellite areas, especially GYSDA.

Chief Janneh stated that Gunjur Village Development Committee (GVDC), in collaboration with the community of Gunjur, is planning to stage a cultural festival as part of their efforts at promoting and revitalizing culture and tradition.

For his part, the Councillor of Gunjur Ward, Karamo Jorang Bojang, expressed appreciation to GYSDA and Gunjur United FC Fund-raising Committee for organizing the wrestling contest in their quest to promote and revitalize wrestling in the country.