Kombo Sillah Association, an association formed by Gunjurians based in the United Kingdom recently donated a consignment of bed sheets and cottages to Gunjur Health Centre Labour Ward.

Speaking at the presentation ceremony, the Health Inspector at the Gunjur Health Centre, Lamin Camara, applauded Kombo Sillah Association for their tremendous gesture, adding that the donation would help the health centre in their quest to quality health care delivery.

The Chairman of Gunjur Village Development Committee, Demba Jobe Touray, hailed the donors for rendering support to the Health Centre, noting that the gesture would aid the Labour Ward, as well as promote good health care delivery.

Jobe Touray stated that the health centre also received a consignment of medicaments and cash amounting to D43, 600 from Gunjur Community Fund, a charitable organisation based in the UK.

According to Jobe Touray, D43, 600 would be used to maintain the solar system at the Gunjur Health Centre to create conductive environment for patients in the health centre. 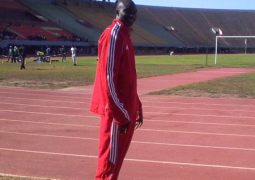