One Bangally Conteh, a resident of Kololi Village on 8th February 2010 denied a defilement charge before Magistrate Lamin George of the Bundung Magistrates' Court.

According to the charge sheet, on 16th January 2010, at Kololi Village, the accused Bangally Conteh unlawfully had a carnal knowledge of an under-aged girl.

Cadet ASP Jahateh, the prosecuting officer, applied for an adjournment to enable him call his witnesses.

Magistrate Lamin George granted the application and adjourned the case to 22nd February 2010.

The accused was granted a court bail in the sum of D50, 000, with two Gambian sureties. 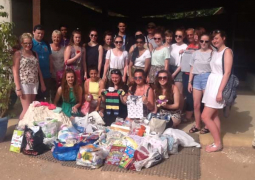