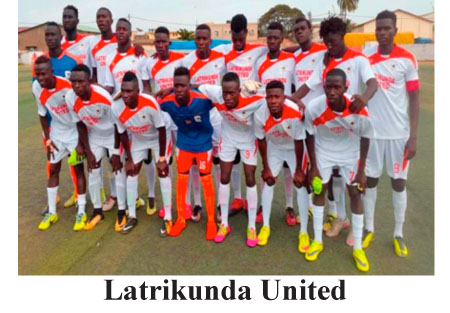 Kiang West, Young Africans and Latrikunda United were all racing to gain promotion berth to the country’s top flight league next season following their exceptional start to the 2019-2020 second division league campaign.

The trio won three matches and lose one with 9 points each after four league games.

They are expecting to win their upcoming league games and hope that teams below them to slip to improve their chances of securing promotion to first division next season.

Meanwhile, Steve Biko, Team Rihno and Serrekunda East Bi were all struggling in the second division league after their miserable start to the second tier campaign.

They are combating to win their upcoming matches to move away from relegation zone to stay in the second division league for another season.