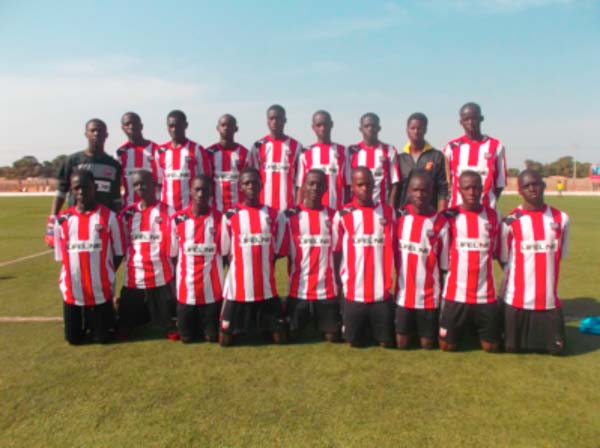 After a very intense Christmas academy under-15 football fiesta in West Coast Region, two academies emerged as finalists to the first edition of the association’s inter-academy tournament.

It would be recalled that the two teams emerged from the same group (Group A) where KGH Sports were group winners with twelve points whereas Yaram Bamba are runners-up with seven points and were the same teams that kicked the first ball in this tournament and KGH Sports came out victorious after defeating the opponents 1-0 courtesy of captain Amadou Jallow.

The first match of the tournament was played between KGH Sports and Yaram Bamba and the final falls within the same fixture.

Could it be the same repetition of the same score-line or even more? Time will tell as the two academies now go back to their various training grounds to prepare for the day which is yet to be scheduled as at press time.

According to the president of the association, Mr Yahya Manneh, who also doubles as the head of the tournament’s organizing committee, it was a real trouble-free tournament.He takes the opportunity therefore to thank all academy managers and players for the good sportsmanship spirit shown during the course of the preliminaries up to the final to be decided.

All the academies accepted that the end whistle is the match decider.

According to him, the winners of the tournament are not attracted to any financial reward for being champions but they prefer to issue materials that can further aid the work of the academies.

The material reward for the winners would continue as far as he remained president of the association, he added.

The decision, he said, is in the best ethics of grassroots football development.

The concept of kids are not to be built around monetary gain in football, but massively about having fun, which is paramount for leaders to create that environment for the kids.

PAC/PEC threatens to hold GNL board responsible for lapses