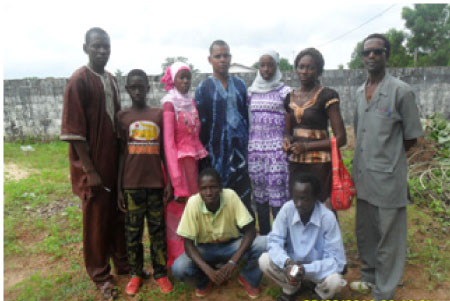 Delivering his keynote address, Patrick Mendy, Finance and Administrative manager at NACCUG, said the AGM is the mirror of credit unions and is the moment when members would exercise their ownership, authority and control of the credit union.

Mr Mendy also gave some reasons why people need to join credit unions, in which he said the union gives you the opportunity to belong to a financial institution were you can take ownership, it brings you into financial security, it helps you to get affordable loan and could help one partake in decision making.

According to him, the AGM also provides the board of directors the opportunity to receive feedback from the members, which would help them map out the way forward for the development of the credit union.

He further told the members of the KEYCDACCU that to keep the credit union vibrant and functional to standard is by making efforts to improve on the successes registered.

“Efforts must be made to encourage members to take loans instead of withdrawing their savings,” he said.

“I assured the members of KEYCDACCU of my office’s commitment to continue providing the necessary services needed and compliance to the specific regulatory provision of the cooperative Act 1990,” he concluded.

In presenting his annual reports before the KEYCDACCU members, the Chairperson of the union, Ousman Bah, said the occasion was a demonstration of the values underpinning their adherence to the democratic principles and philosophy of credit union in their communities.

“Our today’s AGM marked three years of healthy and sound atmosphere of our operation in this communities, three years of dedication, hard work and commitment in upholding the standards and principles of credit unionism through strong viable partnership,” Bah said.

He described credit union as a financial cooperation owned, managed and controlled by the members thus showing that the credit union belongs to the people of Kombo East District.

Mr Bah therefore urged his union members to open up and prepare to change for the better. He also reminded them of the formation of KEYCDACCU, adding that his union was formed in 2008 by the first batch trainees of Junior Achievement (JA) programme.

On membership, savings and loans, Bah said that as at 31December 2011 the membership stood at 474 and out of which 220 are females while 200 are men and 54 are associations.

He said the union’s financial situation is encouraging and as at 31 December 2011 savings stood at D955,867 while loans outstanding stood at D589,357.

He also lamented their constraints such as irregular and untimely payment of loans, mobility to reach their customers and low investment scheme by customers.

Others who spoke at the ceremony were Yankuba Manneh from Kaira Nyining Federation, Ousainou Sarr, a youth technical specialist for Childfund The Gambia, and Tida Jallow, KEYCDACCU treasurer.

Art Exhibition to Be Launched at The Alliance Franco Soon