The theme for the commemoration was “Dialogue and Mutual Understanding”.

Speaking on the occasion, the acting Commissioner of the National Drug Enforcement Agency for West Coast Region, Superintendent Mawlud Faal, said: “In this present generation of ours, illicit trafficking of drugs is a big problem, especially prohibited and controlled drugs.”

He added that drugs could be a problem for any developing and developed nations. “No nation alone can fight drugs trafficking without support from her youth folk. Drugs seriously affect brain and it is dangerous to use; so what I can tell the users is that let them avoid it because it is a very dangerous thing,” the acting Commissioner told Kombo East Youth representatives.

“For the purpose of drug trafficking, if you are found with cocaine you can be fined nothing less than D1million, all this is to fight against drugs trafficking and as youths you must prevent yourselves from using drugs because users of drugs always perish in life.”

He called on the youths of Kombo East to give information to his office about drug trafficking in the region but was quick to assure them that their names “will never be revealed”. “No interest, no benefit in using drugs, let’s avoid it and even less than 15-year-old boys nowadays smoke cannabis and by the time they will reach their youthful age they become addicted to the use of drugs,” he said.

He also said drugs can deter the development of a nation, while calling on the members of KEYCDA to join the NDEA and its sister security forces in the Region and the country in general to fight against illicit trafficking of drugs.

Speaking earlier, the board chairman of KEYCDA, Nuha Nyassi, said the commemoration of the International Youth Day takes place August 12 every year and due to some circumstances beyond their control they had to commemorate the day on 31 October 2010.

“For each of us can work to change a small portion of event and in total all those acts will be written in the history of this generation,” he said.

He said KEYCDA works in unison with youth committees, village development committees, district coordinating committees, and more importantly a functional youth entrepreneurial company Lawol-Welli, who were recently crowned as pacesetters in young entrepreneurship in The Gambia with an international accolade following their successful participation in the recently concluded Regional Junior Achievement competition held in Kenya from 6 to 10 October 2010.

As part of the commemoration, Acting Commissioner Faal launched Kombo East Youth and Children Development Alliance (KEYCDA) newsletter that will be published in every three months.

The commemoration ended with a question-and-answer session. 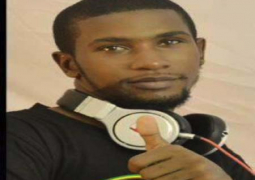