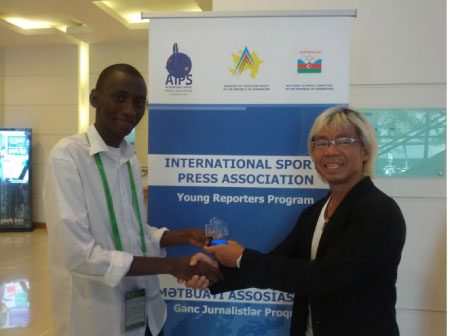 Winner of the Sports Journalists Association of The Gambia most outstanding broadcaster of the year 2011/2012 award, Abdoulie Bah, was on 26 September given a complimentary award and a special gift by an executive member of the International Sports Press Association (AIPS), Chiu Chan Fai, known to his students as Raymond Chiu at Baku’s Park Inn Hotel.

The West Coast Radio Sports producer and presenter currently covering the FIFA Women’s Under-17 World Cup in Azerbaijan received the award and gift in recognition of the broadcaster of the year award he won during last month’s SJAG award ceremony.

Raymond Chiu is an AIPS mentor and secretary general of the Hong Kong Sports Press Association. She was among top journalists who trained the 22-year-old Gambian sports journalist at the 1st edition of the AIPS Young Reporters programme in Shenzhen, China, in 2011.

The 2nd edition of the programme is currently in progress in Baku as part of the FIFA Women’s Under-17 World Cup and Bah has since joined the 20 young reporters undergoing training in Azerbaijan.

Additionally, the compliments are meant to encourage the West Coast Radio sports anchor to keep following his dreams to reach the top. 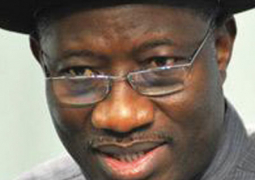