The criminal trial involving Ensa Badjie recently continued before Principal Magistrate Drammeh of the Kanifing Magistrates' Court, with the testimony of the prosecution witness, one Daike Pascal.

Mr. Badjie was charged with stealing from the Kanilai Family Garage, a charge he denied.

He added that the workers at the garage constitute 21 mechanics, 19 drivers and 26 apprentices.

Further testifying, the prosecution witness told the court that one Mr. John came with a lorry, but he did not allow him to enter.

According to Pascal, one Mr. Joseph, the Manager of the garage, was pointing to some scraps in the presence of the accused, and Mr. John later left with the lorry.

The next day, Mr. Joseph summoned a meeting and informed them that he was given orders from State House to collect the scraps.

He revealed that he saw the document, but he did not read it.

He testified that Mr. Joseph promised to give each driver D100 and D50 for each apprentice. He indicated that the accused interpreted whatever was said by the manager in the local language. He stated that apart from Mr. Joseph, no other person was authorised to sell those items.

The prosecution witness informed the court that the said Mr. Joseph later went back to Lebanon, and everything was handed over to one Alieu Sowe.

The case was adjourned to 16th August 2010 for cross-examination by the defence counsel. 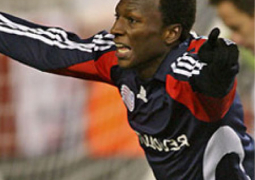