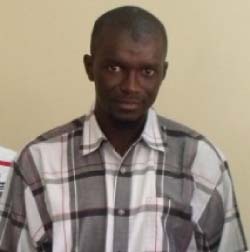 Both teams are making their first derby in the Junior Noran football final and have come a long way to reach at this level.

Sateba United defeated Rising Stars by 2 goals to 1 after coming from a goal behind in the late minutes of the second half.

Rising Stars first took the lead from their team Captain, Kemo Jatta alias Kulka in the 63rd minute of the second half before Musa Chorr levelled the score for Sateba United in the 71st minute.

The last goal of the day came from the inspirational Ousman Badjie whom with his solo efforts met the quest of the Stone boys for the first time in the finals.

Del Qualities came to the final after defeating Wayeto West FC in a post-match penalty shootout by 6 goals to 5.

The final kick-off is expected to be taken by Mr Omar Ceesay, head coach of the national U-20 team.

In another Noran football development, the senior noran tourney will start on Sunday 10 April 2016 and the first match will take place between Wayeto West and Medina United at 5pm.

The organizers are still soliciting for sponsorship or assistance to boost the moral of the teams and sustain the tournament.