BCC had filed a motion dated 24 February 2014, for the tribunal not to deliver a judgment on 25 February 2014, in a case involving one Lamin Sanyang who sued BCC for wrongful termination of his service.

He said BCC moved the motion on 10 March 2014, and relied on all the paragraphs of affidavit in support of the motion, adding that the plaintiff opposed the motion and the defendant replied on points of law.

Issue for determination was whether it would amount to injustice when the tribunal proceeds to judgment without hearing the defence, magistrate Colley pointed out.

He added that the defendant’s counsel made a submission that the tribunal should not move to judgment against the rule of fair hearing, and should hear the defence.

It is settled law that in the interest of fair hearing, parties on both sides should be heard and the matter determined on their merits.

He cited some authorities to back his statement. He further stated that under the rules of the Industrial Tribunal, the tribunal is enjoined to ensure that there is no avoidable delay in the determination of a claim.

Therefore, he continued, it would be just for the tribunal to move to judgment when the defendant and his counsel were not diligent in conducting a case against them.

He further adduced that the defendant and his counsel were aware of the suit and, after failure to settle out of court, they were absent with or without reason known to the tribunal.

“It will amount to denial of justice to the plaintiff when the defendant is allowed to stall the matter indefinitely. There must be an end to litigation,” declared Magistrate Colley.

He cited other authorities to support his statement.

He added that the tribunal held that the defendant’s counsel did not advance cogent and compelling reasons to warrant the court to depart from its order to move to judgment.

“The excuses and assurances canvassed by the defence counsel in this affidavit are not new to the tribunal, and are unacceptable. The tribunal has exercised enough indulgence in favour of the defendant, and considers it prudent to proceed to judgment because the defendant is deemed to have no defence,” Magistrate Colley declared. 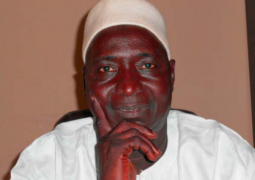