The Attorney General and Minister of Justice, Edward Gomez, has strongly defended the country’s human rights record, stressing that has respect for the protection and promotion of human rights.

Gomez, who was speaking at the opening of the 48th Ordinary Session of the African Commission on Human and Peoples’ Rights, currently under way at the Sheraton Hotel in Brufut, stated that the fully respects human rights and democracy, especially the fundamental rights of people.

The forum, which brought together more than 150 human rights defenders, experts and journalists from around the continent, is being hosted by the Government of The Gambia.

“Any decent society must uphold democracy and good governance, human rights and rule of law which are a pre-requisite for any development,” Gomez said, adding that the Gambian courts have enforced the human rights of the people.

Quoting a particular section of the constitution, which was in his hands, Gomez stated that fundamental human rights have been guaranteed by the country’s constitution.

Also quoting a local newspaper, which reported that some officers were facing trial on charges of torture and causing injuries, Gomez expressed the view that this demonstrates government’s stance on the promotion and protection of human rights.

“Human rights may be subjected to different views, but those rights are fundamental. We in the introduced the death penalty for those dealing in hard drugs and heinous crimes. We as a small country with 1.8 million cannot allow people with drugs to make this country a safe haven,” he said, noting that even the most powerful countries in the world, including the , , and have introduced the death penalty.

The , he went on, had declared an all-out war against drugs and corruption, which, he noted, destroys the fabric of any decent society. Gomez also stated that from right across to Guinea Bissau, drug dealers now want to make the a transit point for drugs.

“This will never be tolerated in any form. We have the duty to protect our citizens and ensure democracy and good governance. Without good governance and democracy, law and order will surely fail,” Gomez said, amid a round of applause from the delegates.

Noting that the rights of women should be respected at all times, Gomez hailed the efforts of the African Commission in promoting and protecting human rights.

Speaking earlier, Mrs Hannah Forster, chair of the NGOs steering committee, who is also the Executive Director of for Democracy and Human Rights Studies, said the issues of protection and promotion of human rights is a major challenge for many African states.

She read some of the recommendations and concerns raised during the NGOs Forum held in ahead of th 48th ordinary session held from 7th to 9th November 2010.

Forster spoke at length on the human rights situation in the continent, noting that it is only through concerted efforts and collective responsibility that one can effect change in that situation.

Other speakers at the opening ceremony included the President of the African Courts on Human and Peoples’ Rights, Hon. Judge Gerard Niyungeko, Minister for the Promotion of Human Rights in Burkina Faso Hon. Mrs. Salamata Sawadogo, who all raised issues of the human rights situation in Africa. 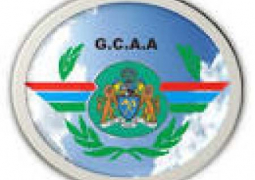