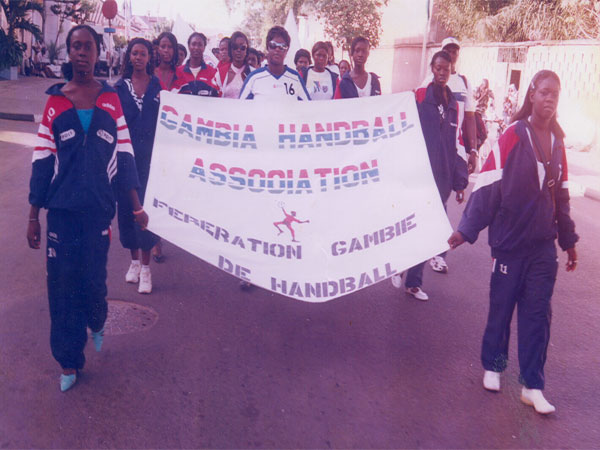 Jululum Handball Club, a visiting team from Senegal is expected to arrive in The Gambia on Saturday 31st May 2008 to stage a test match with their hosts, Warriors Handball Club of The Gambia.

During their stay, the teams will stage matches in both male and female categories.

Commenting on the level of preparation, Omar Keita, captain of Warriors male side, said they are expecting their friends from Senegal for a test match and his team is fully prepared and hoping to win the game. "We have been training for the past five months and I believe we are fit to win," he added.

Amie Sanneh, captain of the female side, said both teams played in a friendly encounter in Jululum in which Warriors emerged victorious. She said they are hoping to win it for the second time.

Meanwhile, the executive committee of The Gambia Handball Association, after successfully staging a meeting geared towards organising a handball league, is inviting all interested clubs, institutions and companies to register with the association for the 2008 Handball league.

The committee also wish to inform the public that coaches and referees will be available to offer guidance to teams when needed.

The following people can be contacted for further information Councilor Modou Lamin Badjie on 9900990, Nuha Darbo 7312189 and Fans Club Singateh on 9750018.