Magistrate Edward Singhateh of the Bundung Magistrates’ Court has adjourned the case of one Amadou Jallow, who was standing trial on a three-count charge of obtaining money by false pretence.

The judgment date followed the accused’s closure of his defence at the Bundung Magistrates’ Court, after he was cross-examined by the police prosecutor, 3470 Badjie.

Testifying under cross-examination, the accused, Amadou Jallow, told the court that he did not have a fixed place at the market where he sells.

“I met with a lady who says I resembled with someone who was a thief, and later shouted at me thief. I was later arrested by one Captain Jammeh who is a military officer,” he explained.

He added that he was arrested by Jammeh in Bundung who found him in the shop and effected arrest on him without committing an offence.

“I was arrested in a place where people were many,” he said, adding that he did not know whether the first three prosecution witnesses knew one another or not.

The case at that juncture was adjourned till 4 March 2013, for judgment. 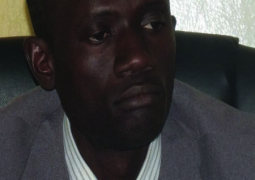