Magistrate Fred Foster of the Brikama Magistrates' Court recently delivered judgement in a common assault case against one Yassin Gibba.

In his judgement, Magistrate Foster told the court that the accused was charged with the offence of common assault, a charge she pleaded not guilty.

"I am satisfied that the prosecution has proved his case beyond all reasonable doubt," he stated.

The accused Yassin Gibba, in her plea of mitigation, told the court that she is a Grade 8 student of .

According to her, it happened because the complainant owed her some money and refused to pay back.

He, therefore, sentenced the convict to a fine of D300, in default to serve one month in prison. 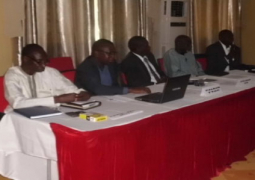