A four-day training for editors, sub-editors and reporters on health-related issues is underway at the NaNA Conference hall.

The training was organised by the Association of Health Journalists with funding from the Ministry of Health and Social Welfare through the Health Directorate of health promotion and education.

The training covers editors and sub-editors in the first two days and reporters in the last two days.

The opening ceremony of the training, which gathered various editors and sub-editors from both the print and electronic media, was chaired by Amadou Bah, secretary general of the Association of Health Journalists.

Jim Jallow, programme manager at the health communication unit of the Ministry of Health and Social Welfare, expressed delight to be associated with the training.

He said health is everybody’s business and it requires the participation of all stakeholders to come together and share their view to carve the best way forward for a healthy society.

He further buttressed the important role and responsibility of the media in educating the Gambian population on health-related issues, saying that to empower families and communities they must be informed so they would know how to prevent themselves from diseases.

Mr Jallow said health has gone beyond the health parameters hence the role of the media is paramount, while thanking the media for their commitment and contribution to educating the masses on health and health-related matters.

Modou Njai, director of health promotion and education, on behalf of the Minister of Health and Social Welfare, thanked the Association of Health Journalists for their contribution to promoting health issues and enlightening the public since its existence in 2001.

He said the four-day training is meant to spur effective and efficient health reporting, saying health workers and journalists have a common goal, which is to inform the public to take necessary action and uphold good healthcare so they could  improve and maintain their health, prevent  diseases and other conditions that may affect them.

Mr Njai noted that without clear communication, they would not expect people to adopt the healthy behaviours and recommendations they champion.

He further emphasised the importance of the training looking at the role of the media in educating the masses on health issues, adding that it is the responsibility of the health workers and the journalists to communicate in plain language information relayed to the public for better understand.

He seized the opportunity to thank the Association of Health Journalists for contributing to government’s efforts at creating a healthy population.

Fatou Touray, president of the Association of Health Journalists, said the training was held to expose media practitioners to more effective reporting on health and related issues.

She acknowledged the long and cordial relationship between her association and the Ministry of Health since 2001 to date, saying as health journalists, they have reciprocated by creating health columns in their various media outlets.

This has had some positive impacts on the population as warnings against health hazards are published, broadcast and transmitted, she said.

She further said the efforts of the media had resulted in a drastic decline in malaria cases, as well as created awareness on breastfeeding, breast cancer and other diseases.

She stressed the importance of health reporting, which, she said, could not be overemphasised as it helps in the prevention of diseases by disseminating health-related information thereby creating a healthy society.

She thanked the staff of the health promotion and education unit, UNAID, NaNA and their development partners for supporting them to achieve their goals in promoting a healthy Gambia.

She assured the health ministry that they would continue to work hard to live up to expectations. 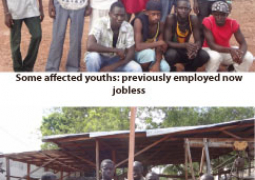 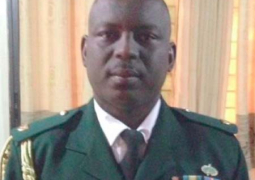