The New Executive Committee of Network of Journalists on Population and Development recently held a consultative meeting with National Population Secretariat.

The meeting was meant to introduce the new executive members to the leadership of the National Population Secretariat.

Speaking earlier, Amadou Bah, the President of the Network of Journalists on Population and Development, said the objective of the meeting was to introduce the new executive members to partners as well as solicit their advice and support for the realisation of their work plan for the period August 2010 – July 2011.

Saikou Trawally, Director of National Population Commission Secretariat (NPCS), underscored the importance his office attaches to the media, in the implementation of the national population programme and policy.

According to Mr Trawally, the programme is banking on the support of the journalist's network for the realization of the desired goals.

Bah noted that the network needs to regularize certain things to be able to work effectively.

The network, he said, should act as an autonomous body and is expected to design and implement their own programmes in collaboration with their partners.

According to him, the network was established in 1998 to help strengthen the programme's advocacy work through sustained information, education and communication.

He also urged the network to sign an MOU with the Information Department, which is coordinating the awareness creation component of the programme.

He further advised them (the network) to familiarise themselves with the Country Programme Action Plan, saying: "The document should be the Network's Reference point."

"There is a need for the network to live up to its expectations," he said, calling for a one-day orientation programme to be organised for the new executive members of the network. 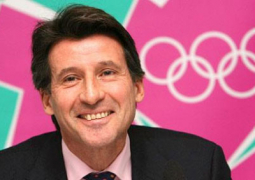