The 2008/09 five team National Cricket League which drew its curtain last weekend witnessed a clash between Jewel of India and Safeway Asia XI at MRC ground.

Jewel of India batted next and scored 107 runs for 8 wickets. Nicky batted and scored 14 runs, while Sanjeev bowled 5 overs and took 3 wickets for 22 runs.

Jewel of India won by 3 wickets. The 2008/09 GCA League champions went home with a giant trophy.

Bounty Kokal, team captain of Jewel of India at the end of the game said "It was a hard fought series and every team did exceptionally well. The disciplinary aspect of the game was quite good on behalf of all team members was the crucial aspect of our Win .All our opponents displayed exceptional sportsmanship and I thank them for their participation."

The final was witnessed by the Gambia Cricket Association adviser Ousman OB Conateh, Johnny Gomez, the President of GCA and the Ambassador of India.

2009/2010 League is set to kick-off in January and the trophy is said to be sponsored by Father Gough. 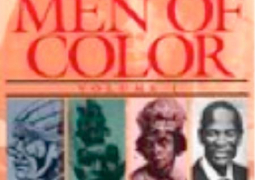