The National Coordinating Organisation of Farmer Associations in The Gambia (NACOFAG) recently received a forty foot container from its Belgian friends.

The goods also included sporting and other materials received by the representative of the executive board and the coordinator of the secretariat.

They urged the team from to extend their felicitation and regards to all those who contributed in one way or the other in sending NACOFAG and her beneficiaries the items.

Furthermore, Manneh assured the guests that the items would be put in good use to serve the purpose for which they were intended.

In his remarks, Mr Johan, leader of the team from , commended NACOFAG and the other beneficiaries for the warm welcome accorded the team.

He said the donation was given from the bottom of their hearts to support communities in The Gambia.

Mr Johan also promised to continue the support programme to “the friendly people of The Gambia”.

The beneficiaries thanked the donors for the invaluable gesture, saying the materials would be put into use.

In receiving the items from the container, the coordinator of NACOFAG, Alieu Sowe, thanked once again the beneficiaries and assured them that the link that exists between them go from strength to strength.

Mr Sowe thanked the Ministries of Agriculture and Finance for their unflinching support, understanding and cooperation in allowing duty waiver and in ensuring a direct delivery of the items.

Alh. Lamin S. Sanneh, on behalf of the governor of West Coast Region,  thanked the philanthropists for the gesture. He described them as “true friends of The Gambia and in general”.

The donation is a clear manifestation of the cordial and fruitful relations between the two peoples of and The Gambia. 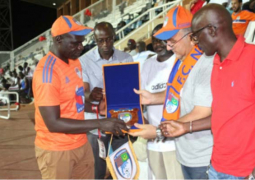 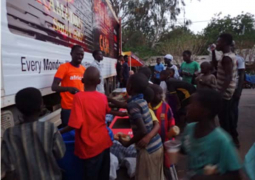 Man jailed for willful damage to property and assault