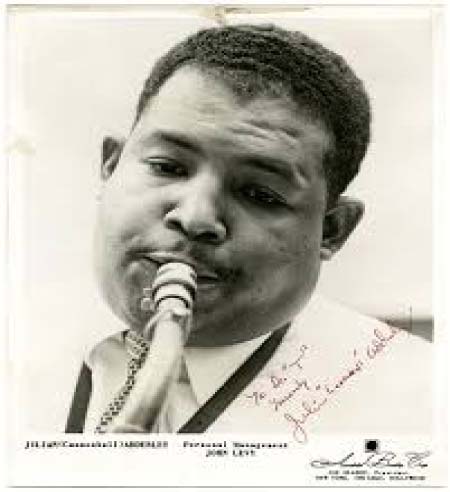 His birth name is Julian Edwin Adderly. He was born in Tampa, Florida on September 15th 1928.

He was a jazz alto saxophonist who played during the hard bop era, but was also known for the blending of blues and R&B into his playing style. He was an educator and a musician, but was long established as a school teacher before becoming known for playing the saxophone. He taught music classes at Dilliard High School in Fort Lauderdale, Florida, before moving to Tallahassee with his parents who were lecturers at Florida A&M University. While leaving in Tallahassee, Adderly met Ray Charles and together with his brother Nat Adderly, they played with Ray Charles and became a local sensation until he moved to New York City in 1955. It was in New York where Adderly’s prolific career began. It all happened by chance, as he visited the Café Bohemia one evening carrying his saxophone, and when the saxophone player for the band that evening was late, Cannonball was asked to sit in. He soared through the changes and impressed the band leader-Oscar Pettiford who gave him a chance to play in the weeks that followed.

By the end of the 1960’s, Adderly’s playing style began to reflect the influences of the electric jazz Avant Garde that had touched him while working with Miles Davis.

In 1968, he released the album ‘Accent of Africa’ and in 1970 another album entitled ‘The Price You Got to Pay to Be Free’. In both albums he began doubling on the soprano saxophone displaying the influence of John Coltrane and Wayne Shorter. In the same year, he appeared at the Monterey Jazz Festival in California. In 1975 he appeared in an acting role in the T.V. series Kung Fu and performed the song ‘The Battle Hymn’. Songs made famous by Adderly and his band include ‘This Here’ written by Bobby Timmons, ‘The Jive Samba’ a work song written by Nat Adderly, ‘Mercy, Mercy, Mercy’ and ‘Walk Tall’ by Joe Zawinul.

His musical career was short lived and in 1975 he died of a stroke in Gary, Indiana. He was buried in his hometown of Tallahassee, Florida and later that year, he was inducted into the Down Beat Jazz Hall of Fame.

This article is dedicated to the late Ali Harb (Alberr) of the I Fang Bondi Band. He was a great musician, a wonderful saxophonist with a sweet voice. 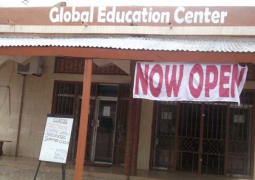