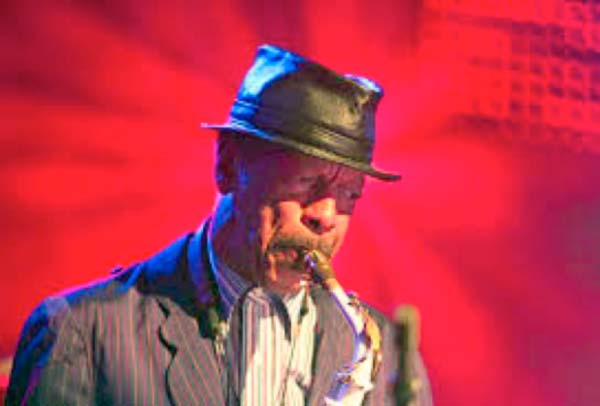 Jazz music grew and developed in a process of gradual change with many twists and turns, and it will be impossible to comprehend the emergence of the Free Jazz Movement without understanding how it fed on a powerful cultural shift in American society during that period.

During the late 50’s and early 60’s, the word “Freedom” stood out as a politically charged word in American public discourse and it would be difficult to find a term that was more explosive and laden with varieties of meaning being proclaimed with more emotion during those tumultuous years. “Freedom” was very much something to live for, or, for a few, even to die for.

There were the “Freedom Riders”, the “Freedom Singers”, and there was the “Freedom Vote”. The word was imprinted on the public’s consciousness and dramatized in speeches by Dr. Martin Luther King. It was sang in hymns and brandished at all battlegrounds of the civil rights movement.

During his formative years in Los Angeles, free jazz pioneer Ornette Coleman worked as an elevator operator in a department store and pianist Cecil Taylor labored as a dishwasher in a restaurant.

In his early teens, Coleman acquired an alto saxophone, but struggled to learn the rudiments of the horn.

He however, persevered and continued to develop and grow as a musician defying all the odds while sticking to his style of improvisation. In addition to being known as a saxophone player, Coleman was also an accomplished violinist, trumpeter and composer. He is one of the major innovators of the free jazz movement of the 1960’s and is closely associated to avant-garde jazz and jazz rock.

His birth name is Randolph Denard OrnetteColeman. He was born in Fort Worth, Texas, USA on March 9th 1930. He attended I.M.Terrell High School in Fort Worth and was a member of the school band until he was dismissed from the band for too much improvisation.

While in school, he began performing R&B and bebop initially playing the tenor saxophone and started his own band called Jam Jivers with fellow students. He later switched to alto sax which has remained his primary instrument to date.

Coleman’s approach to harmony and chord progression was much less rigid than that of the bebop performers, and he was very much interested in playing what he heard rather than fitting into predetermined chorus structures and harmonies. He was known for playing “in the cracks” of a scale which led many musicians in Los Angeles to regard his playing as being out-of-tune. Nonetheless, pianist Paul Bley was an early supporter and musical collaborator.

In 1958, Coleman led his first recording session for Contemporary Records with the release of “Something Else”… the music of Ornette Coleman- featuring Don Cherry on trumpet, Billy Higgins on drums, Don Payne on bass and Walter Norris on piano.

In 1959, he made his last release on Contemporary entitled- “Tomorrow is the Question! - a quartet album which featured Shelly Manne on drums and excluded the use of piano which he would not use in his music until the 90’s.

Later in 1959, he brought a group of musicians together including Charlie Haden on bass with Cherry and Higgins playing their usual roles and signed a multi-album contract with Atlantic Records.

The album “The Shape of Jazz to come” was released the same year and was referred to as a ”watershed event in the genesis of avant-garde Jazz”.

Some musicians saw Coleman as an iconoclast, but others including conductor Leonard Bernstein and composer Virgil Thomson regarded him as a genius and an innovator. His quartet received a lengthy engagement at New York’s famous Five Spot club and support came from other quarters such as the Modern Jazz Quartet and Lionel Hampton.

In 1960, Coleman recorded the album “Free Jazz”-A Collective Improvisation, which featured a double quartet including Don Cherry and Freddie Hubbard on trumpet, Eric Dolphy on bass clarinet, Haden and Scott LaFaro on bass, and both Higgins and Ed Blackwell on drums.

Although Coleman is notably one of the pioneers of free jazz, he did not entirely approve of the term and in-fact later explained that the term “Free Jazz” was used by him only as the title to an album and not meant to declare a new form of jazz.

It should be noted here that Coleman’s music contains a considerable amount of composition and his melodic material strongly recalls the melodies that Charlie Parker wrote over standard harmonies.

He very rarely played standards, concentrating on his own composition of which there seemed to be an endless flow.

Between 1965 and 1967, Coleman signed with Blue Note Records and released a number of recordings starting with the recording of “At the Golden Circle Stockholm”. In 1966, he recorded “The Empty Foxhole”, a trio with Haden, and Coleman’s son Denardo Coleman- who was only ten at the time. Coleman was criticized for this initiative and some thought that he did it as a publicity stunt.

Others however, noted that the young Coleman, despite his youth, had studied drumming for several years and needed the experience for his development. Denardo has since matured into a respectable musician and has been his father’s primary drummer since the late 1970’s.

Ornette was also interested in string textures and in 1962 he released the album “Town Hall”, and in 1972 he came out with “Skies of America”, each of these releases being string arrangements.

In later years, Coleman like Miles Davis before him took to playing with electrified instruments. Albums like “Virgin Beauty” and “Of Human Feelings” used rock and funk rhythms, sometimes referred to as free funk. These performances have the same angular melodies and simultaneous group improvisations, something Joe Zawinul referred to as “nobody solos, everybody solos”.

In 1988, Coleman released the album “Virgin Beauty” with Jerry Garcia playing guitar on three tracks. In 1993, he joined the rock band “Grateful Dead” on stage playing the band’s songs, and earlier in 1985, he joined Pat Metheny and recorded “Song X”.

This album was released under Metheny’s name but Coleman was essentially the leader of this project, contributing all the compositions in the album. Coleman’s notoriety was also felt beyond the borders of the U.S. In 1990, the city of Reggio Emilia in Italy held a three-day “Portrait of the Artist” featuring a Coleman quartet with Cherry, Haden and Higgins.

The festival also presented performances of Coleman’s chamber music and the symphonic “Skies of America”. The 1990’s saw a lot of work from Coleman, and in 1996, he again started working with piano players on his recordings.

The period of 2000s, witnessed Coleman receiving numerous awards and honors. In 2004, he was awarded The Dorothy and Lillian Gish Prize, one of the richest prizes in the arts.

In 2006, he released a live album titled “Sound Grammar” with his newest quartet, his son Denardo playing drums and two bassists, Gregory Cohen and Tony Falanga.

This album won a Pulitzer Prize for music in 2007.In that same year; he was honored with a Grammy award for lifetime achievement in recognition of his legacy. In 2009, he received the Miles Davis Award and in 2010, he was awarded an honorary degree in music from the University of Michigan.

Coleman continues to playmusic that pushes him into unusual situations, often with younger musicians or musicians from radically different musical cultures and still performs regularly.

Listen to jazz music and set your mind free. The great Ho Chi Ming of Vietnam once said that “there is nothing more sacred than FREEDOM and INDEPENDENCE”. The free jazz movement was a manifestation of this spirit and understanding.

This article is dedicated to these words in our national anthem: “For the Gambia our homeland, we strive and work and pray that all may live in Unity, Freedom and Peace each day” God Save the Gambia. 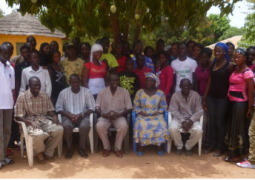 Pay off your debts!