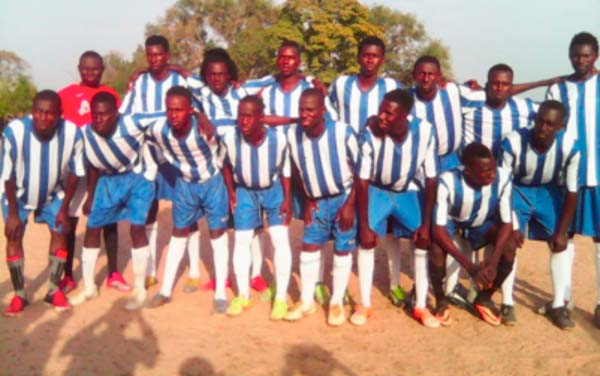 The second edition of the Late Lamin Kinteh Memorial Football Tournament in Jarra Pakalinding began on Friday with a one-nil victory for Sikunda village team over defending champions Newtown FC of Jarra Soma.

Twenty teams within Jarra West District registered for the annual tournament expected to last for three months in honour of a son of the village of Pakalinding.

In his opening address, the Governor of Lower River Region, Salieu Puye, described the tournament as “historic and symbolic”, stating that those who have contributed to the development in their areas deserve respect.

He hailed inclusion into the competition teams from government and private institutions.

The chairman of the organizing committee, Lamin B. Darboe defined the tournament as a “unifying force” for football teams in the district as well as for the civil service in the region.

It is also meant to reactivate football development and encourage youth and natives of the area to compete in making legacies for themselves, he pointed out.

Thanks to the success and popularity of the first edition among football lovers in the Lower River Region, the committee was compelled to expand the list of participating teams.

Ousman B. Kinteh, a UK-based Gambian who is a brother to the late Kinteh, is chairman of the resource mobilisation force for the tournament.

Winner of the tournament will earn a cash prize of D30,000 and a trophy.

First runner-up and individual players are hoping to win varying prizes and trophies.