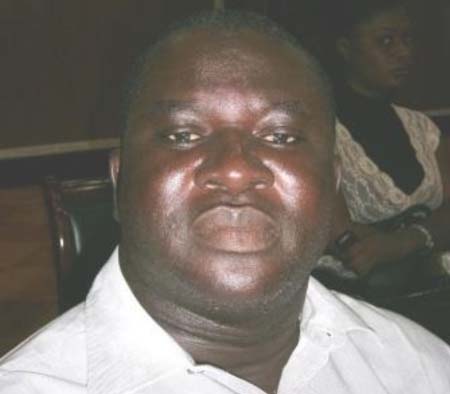 “Nearly 25 years ago, the world made a promise to children: that we would do everything in our power to protect and promote their rights to survive and thrive, to learn and grow, to make their voices heard and to reach their full potential.....” (UNICEF).

On 20th November 1989, the United Nations General Assembly unanimously adopted the Convention on the Rights of the Child. It is ratified by 194 countries, by far the most widely ratified international legal instrument. With the advent of the CRC, the world recognised children as subjects of rights and imposed obligations on duty bearers, the Government, institutions and adults, to promote, protect and fulfil the rights of children.

Much water have run under the bridge since August 1990 when The Gambia ratified the CRC. The efforts of the Government in the fulfilment of the rights of children are commendable. Giants strides have been made in many sectors.

There is high political commitment to the cause of children, one of the greatest strengths we can boast of. As the primary duty bearer, the State has created the policy and legal environment for a greater respect and protection of the rights of children. We have a plethora of legislation such as the Children’s Act 2005 and Trafficking in Persons Act 2007.

There is a consensus, at least at the political and institutional levels, that children are holders of rights. Children have become more visible than ever before. Our progress in the fulfilment of children’s right to basic education is commendable. Our immunisation coverage and efforts at combating childhood diseases are enviable and impressive. The police and the courts are getting tougher with child sex exploiters. There is a greater awareness, even if no universal recognition and respect, of the rights of the child.

While we are making great progress as a nation in fulfilling the rights of children, the findings in the UNICEF-Banjul MICS Report 2010 indicate that we need to do more to improve our birth registration rate for under-fives, close the gap in gender parity at the senior secondary level, increase tremendously the consumption of iodised salt by households, encourage positive parenting to prevent violence against children and accelerate our efforts towards the legal prohibition of harmful traditional practices against children, including child marriage and FGM.

Mechanisms, procedures, protocols and processes in child protection, including minimum standards, reporting procedures and child protection policies, need to be further articulated. Corporal punishment of children in homes and schools is not explicitly prohibited by law. In essence, many strands in our protective environment web for children are either slacked or too thin to ‘hold even a fly.’ Thus, strengthening the protective environment for children is more urgent and imperative than ever before.

It is argued that laws and policies are necessary but not sufficient conditions for children to enjoy all the rights they have. As a community we should have a particular paradigm shift in the way we treat, see, regard and value children. This would involve a refocusing of mindsets and a profound and radical reconsideration of the status of children in our societies, and the nature of adult/child relationship. It would require us to recognise children as subjects of rights, and not merely recipients of adult protection, and as active participants who can contribute a good deal to our society in their own rights, not simply in terms of the adults they will become.

It behoves us to interrogate those aspects of our ‘culture’ and our own personal practices that engender violations of the rights of children and abandon them for the best interests of our children.

As we celebrate the twenty-fifth birthday of the Convention on the Rights of the Child, we need to look back into its childhood. Certainly there are achievements to celebrate, strengths to build on, lessons to learn and partnerships to cement further. If we agree that the possession of rights, and their ultimate fulfilment by duty bearers, enrich people in dignity and wellbeing and enable them to be themselves at their best, then we should not perceive respect for children’s rights as an option, a question of favour, a certain kindness or an expression of good will. Children form close to half the population of The Gambia.

They will be the adult citizens in the next decade and the next generation. As workers, they will turn the wheels of the economy; as citizens, they will have their say in large and small decisions of the nation; as members of the community and the family, they will be the actors in civil society and decisively influence the future of the following generation- their own children; and as politicians and policy makers they will direct the affairs of the state.

So the prospective leaders of the second half of the 21st Century are now in their early formative years. The most productive investment we can make as a country is in our children, in the fulfilment of their rights, and in the protection of our children from abuse, exploitation, violence and discrimination. Indeed, we can make the coming years better for children- we have the will, the commitment and the power to create a child-friendly Gambia.

As we commemorate the twenty-fifth anniversary of the CRC, few fundamentals must be borne in mind. We have a very youthful population and that cohort cannot be disregarded from our national discourse. Building their capacities and listening to their voices are imperative.

Our progress as a nation will not be any swifter than our progress in the realization of the rights of children. Our sense of justice, our commitment to the future, our description as the Smiling Coast of Africa and our acclaimed qualities of compassion will be tested, more vigorously than ever before, by the way we treat our children, by our enforcement of the laws enacted to protect them, by the resources and budgetary allocations for the social sector and by our respect for the rights of children.

As we commemorate and reflect, we will continue to ask these questions of policy makers, politicians, parents and adults: Where do children fit in our scheme of things-in our political, social, educational, cultural and administrative structures? Are they at the top of the totem pole, pathway down or at the bottom? And how might their place in the structure influence who they are? And do they have rights which they can claim and which we have the obligation to fulfill? We will know the answers in the comings years. Can we make these rights of children a ‘living reality?’

For all I know, when we invest in our children and the realisation of their rights, we would be offering to ourselves the alternatives to poverty, ignorance and underdevelopment. We should all

use our statuses and influences to raise our voice on behalf of children; to identify with the child victim of abuse, violence and exploitation; and to work to change, in a positive and spectacular way, the life of that disadvantaged, vulnerable, marginalized and impoverished child in the back waters of The Gambia. There cannot be any greater honour than ensuring that one child is protected because you cared and dared to act.

Happy Birthday to you, Convention on the Rights of the Child. We look forward to celebrating many more birthday parties with you. Let the reflection continue.