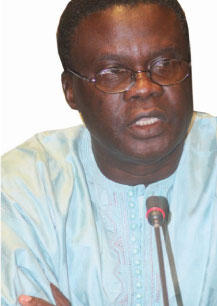 The move comes a day after Jammeh also granted a presidential pardon to former communications minister, Dr Amadou Scatred Janneh and former director general of the Gambia Immigration Department, Tamsir Jasseh, who were serving a life imprisonment and 20 years in jail respectively for treason.

The presidency said in its release that the move was in exercise of the President’s prerogative of mercy.

“Mr. Jammeh and Mr. Sanneh will be released from prison immediately,” the release stated.

Ousman Jammeh was on Friday 23 December 2011 convicted and sentenced to three years imprisonment with hard labour by the Banjul Magistrates’ Court for negligence of official duty, abuse of office and economic crimes.