A few months ago, in December 2007, The Gambia passed a historic milestone, reaching the "completion point" under the Heavily Indebted Poor Countries () Initiative. The completion of this IMF- and World Bank-sponsored Initiative provides to The Gambia a substantial amount of debt relief from the international community. It has also triggered additional relief to cover debt owed to the African Development Bank, the IMF, and the World Bank under a complementary scheme called the Multilateral Debt Relief Initiative. These two initiatives have cut The Gambia's stock of outstanding external debt at end-2007 by more than half (from over US$700 million to about US$320 million).

The sizeable resources freed by debt relief-over US$500 million in debt service payments-provide an important opportunity for The Gambia to leap ahead on the path to development and poverty reduction. To seize this opportunity, it is critical now for the government to build on recent macroeconomic achievements and reinforce policies aimed at sustaining high economic growth and reducing poverty.

In recent years, the Gambian economy has begun to reap the benefits from sound macroeconomic policies. Since 2004, the restoration of fiscal and monetary discipline has stabilised the exchange rate and brought inflation back to low single-digit levels. Macroeconomic stability has helped sustain a steady inflow of foreign direct investment which has boosted economic activity, especially in the tourism, construction and telecommunications sectors. Economic growth picked up, and has averaged almost 6 1/2% a year over the past four years, one of the highest growth rates in the region.

These recent macroeconomic achievements have put The Gambia on the right path, but it still faces formidable challenges, including a high incidence of poverty. Around 60% of the population is estimated to be living below the poverty line. The government's new poverty reduction strategy, which is being implemented over 2007-11, incorporates stepped up efforts to tackle poverty and improve other social indicators, in line with the Millennium Development Goals.

Debt relief and other assistance from The Gambia's development partners provide scope for the country to combine strong sustainable growth with higher- spending on infrastructure and social services, thereby accelerating progress on poverty reduction. But in order to capitalise on this opportunity, the government needs to ensure that its annual budgets give high priority to increasing poverty-reducing expenditures. The government also needs to guard against policies that would lead the country back onto a path of unsustainable debt.

Despite the extensive relief that has been granted on past debts, The Gambia's external debt remains high on account of new borrowing in recent years. In order to mitigate the risk of the country returning to an unsustainable debt situation, the government needs to rely mainly on grants rather than loans to finance its development programs. Encouraging steps are being taken to this end. The government is intensifying its engagement with development partners in an effort to obtain more grants; it has increased the minimum degree of concessionality it will seek in contracting new loans; and it has undertaken to limit the amount of new loans it contracts. Guidelines on new borrowing will be formalised in a national debt strategy scheduled to be prepared by end-July 2008.

To safeguard macroeconomic stability, the government also needs to maintain a fiscal stance that limits domestic borrowing, thereby keeping debt under control and lowering interest rates in the economy. The relatively high cost of servicing domestic debt underscores the importance of fiscal discipline. During 2003-05, for example, interest rates had to rise to bring inflation back under control, following a period of excessive fiscal expansion. Higher interest payments then crowded out poverty-reducing expenditures. Once stability was restored, interest rates could be reduced again, and this allowed the government to boost the share of poverty-reducing expenditures in 2007.

In addition to support from external partners, successful implementation of the new poverty reduction strategy will depend on strengthened capacity in the civil service. Low pay has contributed to a high rate of attrition of professional staff in the civil service. In order to stem the tide, the government increased salaries in the 2008 budget and plans further increases in 2009. While pay reform is critical, due attention also needs to be paid to issues of career development and job security. With the support of the World Bank, the government is preparing a comprehensive civil service reform program aimed at attracting and retaining highly qualified staff.

The IMF will continue to play its part in helping The Gambia to achieve its goals, focusing on our areas of expertise. In particular, we can help with policy advice geared to maintaining macroeconomic stability and debt sustainability, which are prerequisites for sustained high growth and poverty reduction. We also stand ready to provide further technical assistance aimed at strengthening capacity in the areas of public financial management and accountability, central bank operations, and macroeconomic statistics.

The advent of comprehensive debt relief opens a new chapter for The Gambia. The main challenge now is to build on recent achievements, by maintaining fiscal prudence and continuing to modernise the country's economic institutions: Success in meeting these challenges will help deliver better long-run economic performance and sustained improvements in the living standards of the Gambian people. 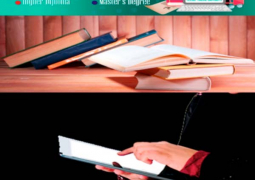