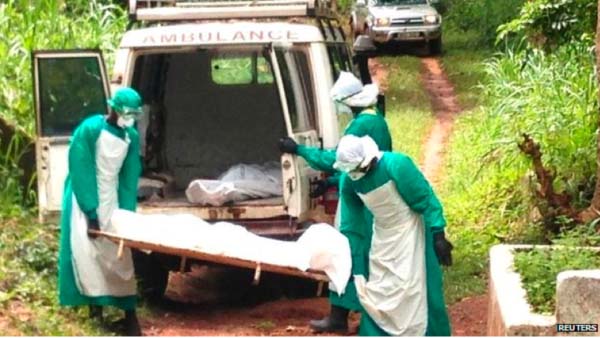 A press release issued by the ministry of Health and Social Welfare in Banjul announced that the donation is “for the strengthening of disease surveillance and epidemic control of diseases of public heath importance in The Gambia”.

“This donation is especially important in the case of the ongoing outbreak of Ebola Virus Disease currently being experienced in the West African sub-region”, the release added.

“These items will go a long way in complementing the efforts of the Government of The Gambia in the preparedness and emergency response initiatives against Ebola Virus Disease and other disease outbreaks.

“Functioning surveillance systems are necessary and vital for the success of global health initiatives and as well as generate data that help public health officials understand existing and emerging infectious and non-infectious diseases.

“Without a proper understanding of the health problem (etiology, distribution, and mechanism of infection), it will be difficult to ameliorate the health issue”, the release continued.

The items donated “would go a long way in aiding the Ministry’s efforts on their epidemiology and disease control activities especially in recognition of the on-going Ebola Virus Epidemic disease in the some parts of the West African sub-region”, it further stated.

Meanwhile, according to the BBC, health officials in West Africa have reported 25 more deaths from Ebola since 3 July, taking the total number of deaths to 518.

The World Health Organization (WHO) said 50 new cases of the deadly disease had also been reported. A WHO spokesman said health workers were struggling to contain the outbreak in Sierra Leone, Liberia and Guinea.

Ghana’s health ministry has confirmed that tests on a US citizen showed he did not have the disease. The man had recently visited Sierra Leone and Guinea and was quarantined after showing signs of the virus.

In a statement on Tuesday, the WHO said the latest figures from health ministries in Sierra Leone, Liberia and Guinea showed a total of 844 cases since the epidemic began in February.

Guinea’s ministry reported two deaths since 3 July but no new cases in the past week, the WHO said, calling the situation in the affected region of West Africa a “mixed picture”.

“These numbers indicate that active viral transmission continues in the community,” the statement said.

“If we don’t stop the transmission in the several hotspots in the three countries we will not be able to say that we control the outbreak”.

The BBC’s Tulip Mazumdar says experts believe the key to stopping the spread of the virus is making sure affected communities understand it better.

Last week, health ministers from 11 West African countries adopted a common strategy to fight the outbreak. At an emergency meeting in Ghana last Thursday, ministers promised better collaboration to fight what has become the world’s deadliest outbreak to date.

Under the new strategy, the WHO will open a sub-regional control centre in Guinea to co-ordinate technical support.