President Yahya Jammeh yesterday presided over the swearing in ceremony for the newly-appointed Secretary General and Head of the Civil Service and Minister for Presidential Affairs, and the newly appointed Chief Justice of The Gambia.

Momodou Sabally and Justice Joseph Wowo respectively took the oaths of office, allegiance, and secrecy administered by the Secretary to Cabinet, Noah Touray, at a ceremony held at State House.

Speaking on the occasion, President Yahya Jammeh said he disregards what he referred to as the issue of religion or race in his appointment of people to serve in his government.

According to the Gambian leader, he has heard from many quarters that we need to Gambianise.

‘Yes, it is not bad to Gambianise as long as Gambians will live up to expectations. There are excellent Gambians, but there are also non-excellent Gambians. So in humanity, you find all shapes of human beings; the good, the bad and the ugly, but at the end of the day, humanity spells humanity,’ Jammeh stated.

‘So in appointing any human being to any position in this country, in tandem with the constitution of the country, I don’t care where you come from. What I care is your love for the country, and your commitment to help develop the country, to make it a peaceful society, a prosperous society and a God-fearing and law-abiding populace,’ he added.

‘I am a Pan-Africanist, but mostly importantly a humanist, because we are all descendants of Adam and Eve. No matter what your colour is, or religion or where you come from, we are the same family,’ he asserted.

Jammeh added that “as far as the development of this country is concerned, what is of paramount importance to him is who will join the team to facilitate and be a catalyst to the achievement of the vision that we have set for this country, nothing other than making it the best country on earth by the will of the Almighty Allah”.

“Even if aliens were to come and serve my government, and I realize that the alien from space is more committed to the welfare of Gambians than Gambians, I would appoint the alien to help me deliver this country from out of poverty into affluence, prosperity, and dignity”, he continued.

While commending the newly-appointed officials, President Jammeh noted that “Gambia is the smallest country in Africa and one of the smallest in the world, but today Gambia is well-known thanks to not Yahya Jammeh, but the Almighty Allah.

“Once justice is done, I can implement whatever the laws of The Gambia say, have my lunch and go and have a nice sleep; so it is very important that there is a legal system that is promulgated by Gambians for the interest of the Gambian people; that determines how you and I will live in this country; how there will be order and respect, peace and stability in this country,” he added.

Both the new Secretary General and Chief Justice thanked President Jammeh for the trust and confidence he has in them, and assured him that they will live up to expectations.

Other speakers at the swearing in ceremony included the Vice President Isatou Njie-Saidy, the Minister of Higher Education, Research, Science and Technology, Dr Momodou Tangara, and the Solicitor General and Legal Secretary, Basirou VP Mahoney. 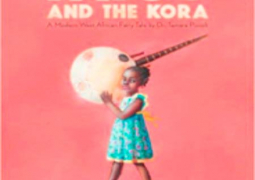 Book Review: Focus on Gambian picture books for children share stories that your children can relate to