Jabas FC and Young Santos FC are both stretching up their muscles for the 2019-2020 late Modou Janneh memorial intermediate tournament league final after winning their semifinal matches.

The Jabas boys are preparing themselves fit for the final after securing their spot in the town’s annual intermediate competition league final for the first time in their history following their 2-1 win over Young Ajax FC in the semifinal.

They will fracas to thump Young Santos FC to lift their first trophy since making their debut in the late Modou Janneh memorial intermediate competition some years ago.

The young Santos boys advanced to the final following their 1-0 victory over Young Sanchaba United FC in the semifinal.

They will skirmish to humiliate Jabas FC to retain their last year’s league crown after lifting the knock-out cup a fortnight ago. 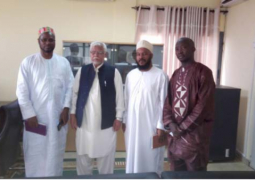