Scorpions forward Bubacarr ‘Steve’ Trawally has been awarded as the Arabian Gulf League player for Week 11, after playing a key role for his Dubai-based club Ajman.

The 25-year-old, who was signed on loan from Saudi side, Al Shabab has been very instrumental and clinical for his side as he currently scored six goals in ten appearances since joining Ajman Club.

Integration is the key 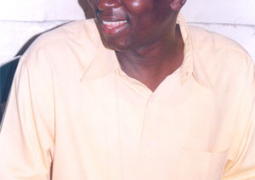