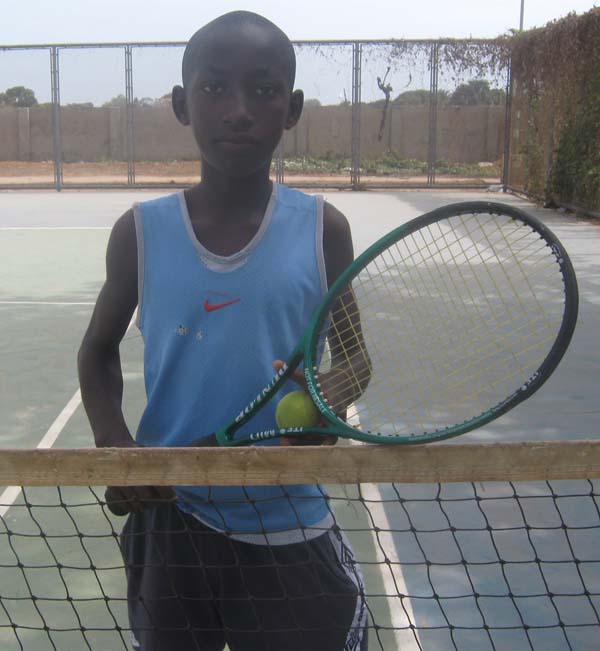 Six Gambian tennis stars on Friday returned to Banjul after they secured two silver medals in the just ended International Tennis Federation\CAT Circuits Championship for 12 and 14 under in Dakar, Senegal.

The young Gambians it could be recalled left Banjul on July the 16th to take part in the 13 countries tennis championship.

The association's duo Mariatou Jammeh and Dawda Kuyateh were the country's best performers in the competition, as they both progressed to the finals of the ITF\circuits final to snatch silver medal each.

Mariatou booked a place in the final of the girls 12 and 14 categories after she beat her Ghanaian opponent in the semis, while compatriot Dawda Kuyateh enjoyed a deserved victory to reach the final of boys' category at the expense of Notel of Ghana.

Four other Gambian tennis players all made remarkable performances, but their efforts could not earn them any medal.

The only disappointment for The Gambia was the elimination of Fabakary Drammeh in the first round, despite the fact that Lamin Drammeh who headed the Gambian delegation described the tournament as a success, considering The Gambia's outstanding performances throughout the competition.