The players in the political scene, particularly the ruling party, should know that the international community has now put the spotlight on The Gambia and, as such, any activity that could send wrong signals should be avoided.

The APRC should be accommodative of criticism and understand that the constitution guarantees every citizen of The Gambia the right to associate and support any political party of his/her choice.

It will be a great blow to our democratic status when we hear of people being arrested or detained for merely criticising the regime. Or anyone gets sacked for merely being a sympathiser of the opposition.

Another issue that continues to occupy the minds of many, including those in the opposition - even though we have seen some improvements - is the domination of the national TV and radio by the ruling party.

While the IEC has already expressed determination to ensure a successful election, we cannot help but ask all Gambians to work hand in glove with the Commission to ensure a free and fair election.

For the contesting political parties, our message is that they display a high sense of maturity and treat each other with respect.

The ’s political evolution has surpassed the era of politics of violence, character assassination, and mudslinging.

All the contending parties should seize the opportunity provided by the campaign period to sell their plans and programmes to the electorate rather than stoop so low as to fuel the traditional acrimony that often mars elections in Africa.

“The politician’s prayer is may my words be ever soft and low, for I may have to eat them”. 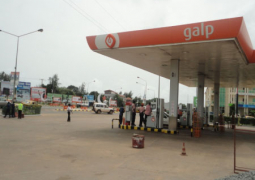