Deliverance He Affords To All...

A hymn writer wrote 'Deliverance He affords to all who on His succour trust.' In today's English that would read thus: 'God will assist all those who seek His help.'
Ever since Adam and Eve were thrown out of the Garden of Eden, human beings have had need for deliverance; deliverance from the cause (sin and disobedience) which had led to their eviction from their primary abode. As they left the Garden, God had compassion on the couple and clothed them with animal skin from a slaughtered animal, "The Lord God made a garment of skin for Adam and his wife and clothed them."(Genesis 3:21) In this way He rid them of their temporary clothes made out of leaves. ". so they sewed fig leaves together and made coverings for themselves." (Genesis 3:7) It was a sign to say even though you have sinned and have been disobedient to my instruction, you are still my 'treasured possessions'.
Their new status was not meant to be permanent though. Satan had wrecked havoc by seducing the couple to commit sin, declaring an all out war on the Creator. Henceforth, it ceased to be a fight with God's creation - human beings, because the latter could not handle the situation they had found themselves in. It had become a matter for God to deal with for only He could deal with it.
The fall from God's grace became the downfall of us all. The dominion and authority over the Garden was lost along with the closeness with God. From then on human beings would have to fend for themselves; "Cursed is the ground because of you; through painful toil you will eat of it all the days of your life.By the sweat of your brow you will eat food." (Genesis 3:17,19)  Life was transformed into one big struggle; a challenge with Satan seeking to destroy humanity completely because he himself had been condemned to eternal damnation.
This separation from God had made human beings vulnerable. All of a sudden, they had lost their divine cover and protection. Now they were open to all sorts of attacks by the wicked one. Sickness and disease became rife - crime, murder, incest and violence on the increase. The human race gradually sunk visibly into immorality and decadence. Sinning became a way of life and sin a major characteristic of its decline. The curse uttered by God was taking hold and its effects were being felt.
Yet God in His righteousness and mercy was not going to take it for too long. He had declared to put an end to this when he pronounced that Satan would one day bruise the heel of the offspring of a woman and that offspring would crush Satan's head. (Genesis 3:15) That offspring was the Messiah, the long-expected Saviour of the world, who would come to rescue humankind from the hands of the evil one.
Well before our Lord Jesus came into the earth to carry out His mission of deliverance (in all its forms) of God's people, God had to step in from time to time to save humankind from total destruction into which it seemed to have been heading headlong.
This was the message on every prophet's lips - turn from your wickedness and live. God was key in this process but human kind had to admit it had drifted too far away from the presence of God and needed to be delivered and restored.
God's chosen people, starting with the Children of Israel and later on the Gentiles (the non-Jews) have been adrift, far removed from the purpose for which God had created them. The further away from the centre of God's presence the more they went astray. Israel's history has been a perpetual rescue effort by God from their enemies - unbelievers, pagans and the heathen as they became weakened by sin and corrupted by the worship of idols. They had become easy prey for their enemies - the Hittites, Amorites, Perizzites, Hivites and Jebusites whenever they behaved in ways that did not please God.
Humanity as a whole has been crushed under the burden of sin. Desiring to go its own way, it has continually missed the mark and drifted to its ruin.
Humanity will be forever bound until God steps in to release hit from the clutches of the wicked one.
The evil one is persistently setting traps and seducing (deceiving) us, in order that we may fall. He did it to Adam and Eve and succeeded because of their covetousness. He will, as long as we also covet the things of this world, continue to be fooled and our vigilance abused and finally caught in his trap. This is the reason why we must be on the alert against his tricks for his unique objective is to destroy us and separate us from our inheritance.
God offers a choice to each and every one and He forces no one. We are free to believe Him or go the other way - the way of the world, the way to destruction. Very often we wonder why God does not do anything about our waywardness. The reason is that the choice is ours. God offers a way out - the only way out from this wretched existence where we are constantly at the mercy of the evil one.
We need only to submit to His word and His commandments for this situation to change if we want to live a complete life "the full measure of my joy within them" (John 17:13). God sent His Son - our blessed Lord and Saviour Jesus Christ to come to the rescue of human beings in order that they may live a life that is full. "The thief comes only to steal and kill and destroy; I have come that they may have life, and have it to the full." (John 10:10)
That deliverance is being offered to you on a platter today. Accept it in Jesus' name for ".if the Son sets you free, you will be free indeed." (John 8:36) 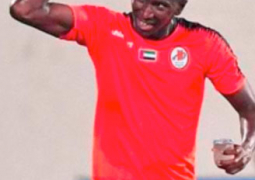 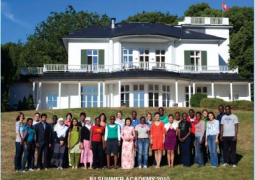 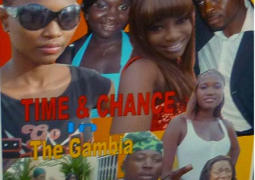