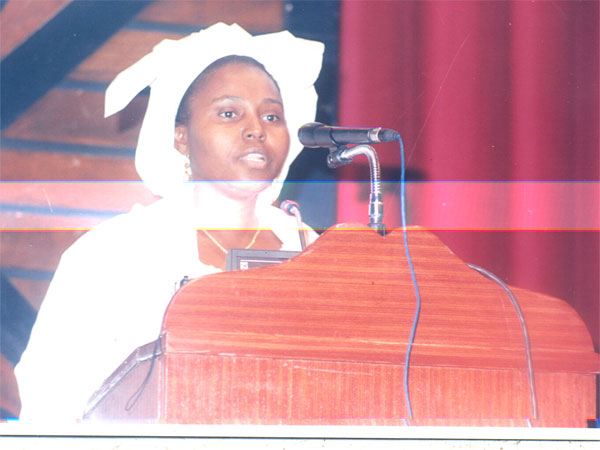 The Israel Embassy in , , on 16 May 2013 commemorated the 65th Anniversary of the state of at the Cocoa Ocean Hotel in The Gambia.

The commemoration was attended by senior government officials, diplomats and other dignitaries.

In his speech on the occasion, Dr Eli Ben -Tura, ambassador of in , who is also accredited to The Gambia, expressed pleasure in celebrating with the people of The Gambia.

“We have recently commemorated the death of more than 20,000 soldiers killed in missions from the war of independence up till now,” he said. “Their sacrifice is not in vain but rather a command to all of us to work relentlessly towards peace.”

He used the opportunity to quote President Shimon Peres who has forecast that by the 70th anniversary of ’s independence, they are going to have peace with their neighbours including the Palestinians.

Peace is not a choice; rather a necessity to all the inhabitants of our regions,” he said, adding that they count on their friends to assist them to accomplish “this sacred mission” because there is no development, no prosperity or well being without peace.

Since the 50s has established the Agency for International Cooperation known as MASHAV, he said.

Its ideology is to share with other countries expertise and technologies that have been useful to during its endeavours towards development.

Every year, several Gambians travel to to participate in those courses. They are in the domain of agriculture, early childhood education, and rural development.

The reception is the first of its kind they have had in The Gambia, he noted, saying he believes the event would contribute to strengthening the friendly relations between the two countries.

For her part, Hon. Susan Waffa-Ogoo, Minister of Foreign Affairs of The Gambia, said is a model state of modernity and development and it is a symbol for the values of hard work and self-reliance.

The minister said further that the relations between The Gambia and are based on mutual respect and bonds of common humanity.

The welcomes the new initiative to revive and revitalize negotiations between the Israeli and Palestinian authorities.

“This initiative is anchored on the belief that peace is possible and that peace is the only option that can guarantee the secured existence of as a nation and as a viable sovereign and independence state,” she emphasised.

The acknowledges and applauds the impressive strides has made in development, she added.