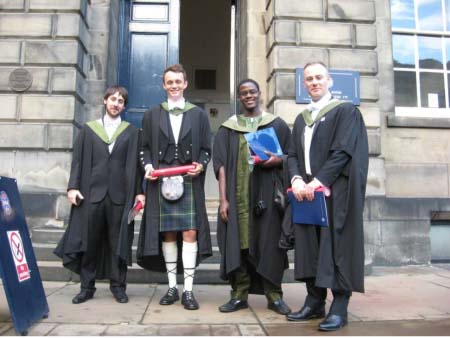 Gambian student Sering Touray, who is studying in the UK as part of the UK’s ‘Chevening Scholarship’, has graduated from Edinburgh University in Scotland with a Master’s degree in Economics.

The British Embassy in Banjul sends its warmest congratulations to Sering and wishes him the best of luck for the future.

Sering is in the UK as part of the Chevening Scholarship Programme.  Each year the British Embassy in Banjul sends two Gambian students to the UK for a fully funded master’s degree in a subject of their choice.

Scholarships are awarded to exceptional candidates with future leadership potential.

Applicants must be Gambian nationals and have been in work for two or more years.  All the information on eligibility and how to apply can be found online at – www.chevening.org/gambia