The Executive Committee of Nahnu Ansuarullah, in partnership with Action Aid-The Gambia, on 22 October 2011 organised an international Islamic conference on stigma and discrimination on HIV/AIDS at the Arch 22 in .

The conference was organised under the distinguished leadership of Halifa Sheikh Ahmad Ibrahim Nyass.

Speaking at the ceremony, Hon. Fatim Badjie, Minister of Health and Social Welfare, began by thanking Nahnu Ansuarullah on behalf of the Government of The Gambia and herself for organizing such an important event in the country.

She stated that the participation of our religious leaders is needed in the fight against stigma and discrimination on HIV/AIDS.

Minister Badjie added that HIV/AIDS prevalence in The Gambia is estimated at 1.6% and it is mostly affecting young people.

“This initiative is highly appreciated by my ministry and the President of the and we will welcome more of this kind,” she added.

Hon. Badjie concluded by urging others to emulate Nahnu Ansuarallah by organizing such programmes and also urged people to change their behaviours towards people living with HIV/AIDS.

Sheikh Mouhammdou Mahy Alioune Cisse, guest speaker of the ceremony, said the disease is being spread across the world.

“The Prophet (pbuh) has said that there is a cure for every disease but doctors and scientists are yet to find the cure to this one but we hope they will find it soon to stop the disease,” he said.

According to him, this is a virus that fights against all cells that protect the human body, when it enters the human system.

“When the disease enters your system it first attacks your brain, heart, kidney and stomach,” said the scholar.

“It is a disease that worries the whole world because there is no cure for it yet,” he added, noting that the disease is mostly affecting women below the age of 25 years.

Alieu Jammeh, executive director of National Aids Secretariat, said one challenge is the lack of family support and acceptance by the community members of people with HIV (PLHIV).

“One of the greatest barriers to effective monitoring, treatment and care for PLHIVs in the is the stigma and discrimination against PLHIVs,” Jammeh said.

“Many PLHIVs do not want to be visited at home because they have not disclosed their status to their families,” he explained.

He said that many more PLHIV prefer to be enrolled into care at a clinic away from their home environment strictly on grounds of confidentiality or because they do not want to be seen at the clinic and be identified as HIV-positive person for fear of stigmatization.

Alhagie Abdoulie Kapu Cham, president of Nahnu Ansuarallah, said the theme of the conference is pertinent hence it has become a challenge to the human race over the past two decades.

“Medical doctors and researchers have put in enormous amounts of financial resources, time and energy to find a cure and that great progress has also been made in this endeavour, but there is yet to be a definitive cure,” he said.

Other speakers at the ceremony included Lamin Nyangado, acting-executive director at Action Aid; Imam Muntaha Faye, and the President of the Federation, who all called for support and care for people living with HIV/AIDS. 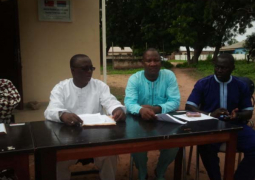 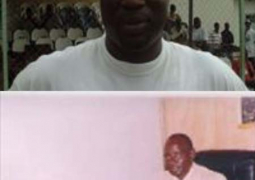