Speaking to reporters shortly after the game, Lamin ‘Dugal’ Jammeh, assistant coach of Interior, said his side got the maximum points because they played better than their opponents and also created more goal-scoring opportunities.

It is ‘serious’ for his team playing five games without registering a win, he noted, saying they are however catching up as the league progresses, looking at their performance in the games they have played so far.

“We are trying to continue the zeal we came with from the second division and trying to see how to go further so we can maintain ourselves in the topflight league,” he stated.

He also said their only problem is scoring because their strikers some times do hesitate in front of the goal.

Jain Joof, head coach of Samger, said they came to the game with the intention of collecting all three points after drawing their previous game against Real De Banjul.

They created the chances but were just ‘unlucky’, he said, adding that they expected a difficult game knowing that Interior FC play more of physical football.

He was not satisfied with the way his team played during the first period of the game, he said, admitting that Interior did not allow them to play their usual football (which is knocking the ball around).

He also noted that their next game against Young Africans would not be easy because Young Africans did lose their week-five encounter against Seaview FC.

But, he resolved, they would go back and prepare well for Young Africans. 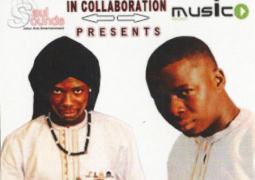