Fanta J. Sowe, women’s rights manager at ActionAid International The Gambia, has described the independent media as one of the most important tools for promoting equal rights for women and for combating corruption.

Ms Sowe made this statement recently while presenting a paper at the closing of a two-week intensive training course on accountability and governance.

She stressed that when the state, political parties or private interests control the media, or when it can be bought, it will be less likely to give fair coverage of women’s issues.

“Corruption reduces public revenues, often resulting in lower levels of spending on basic services such as education, health care, family benefits and other social services, which predominantly affect women’s and children’s welfare, although men, if they are the primary care-givers/ home-managers, are affected too, she said.

According to her, corruption increases the obstacles for women entrepreneurs, by distorting access to credit, and making it more difficult to obtain the necessary licenses and permits.

The ActionAid official told the gathering of mainly journalists, local government officials and civil society members that accountability is the capacity of citizens in general, and women in particular, to ask for explanations and information regarding duty bearers, principally government actions; where necessary, to initiate investigations or to get compensation; and to see officials sanctioned, if they have failed to respond to women’s needs or protect their rights.

Noting that the existence of gender stereotypes mostly have negative consequences for women, Ms Sowe said gender inequalities are more often a manifestation of women’s lower status, in terms of income, power to make decision, and access to opportunities, among others.

In most instances, she went on, gender-based violence is perpetuated by men or boys, and that women and girls are mostly the victims.

“Women tend to work longer hours under the double burden of domestic and remunerative labour; they constitute the majority of the world’s agricultural laborers, but receive only a small fraction of the available extension and support services,” she added.

However, she added: “Women constitute 51% of the population and 58% of voters, but their numerical strength is not reflected in the number of positions they hold in the public sphere of decision-making.”

In her view, corruption undermines a level-playing field for women and men in decision-making.

“For example, when political parties can be bought and sold, when officials are elected through vote-buying and when promotion within the civil service/corporate sector is related to personal connections rather than merit, there is less chance that women can increase their representation in parliament or at management levels within the public/private sector,” she stated. 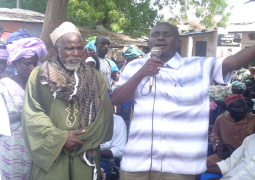 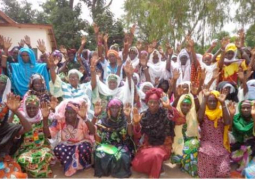